Back of the Book

Back of the Book is celebrating 36 years on the air!

The format of the program is what is known, at WBAI at least, as Free Form Live Radio. Basically, it's whatever Pickles of the North and I think is good radio to put on the air in that one hour time slot. Back of the Book now airs weekly on Saturday mornings at 5:00 AM. Due to the pandemic and lockdowns the program has been airing as a pre-recorded program since March 2020. Maybe it's Free Form Pre-recorded Radio now.

Web pages for previous Back of the Book programs.

We have a Web stream operating these days. This is the official WBAI Web stream. It's usually working but if it isn't please let me know.

WBAI has managed to lurch toward the current century by providing not only the Web stream of what's on the air at any one time but also an archive. Unfortunately, WBAI's archives are now on a page that doesn't allow easy access to any one program. Quite a step backward from the previous archives page. Here's the current official WBAI archive page of all of WBAI's programs. Currently, to go right to the latest Back of the Book program in this version of the archive you'll need to use the Display drop down menu and scroll to Back of the Book. I have found that in the latest incarnation of the archive each program's archive has a unique address. I have been putting that address on every program's Web page so that listeners can get to the archive more easily. Since WBAI's General Manager has told our pal Sidney Smith that he's banned for life from WBAI, for no stated reason, Sidney's program Saturday Morning With the Radio On isn't in the archives anymore.

Any resemblance between WBAI and anything stable is purely a figment of someone's imagination. As I type this we are more than 20 years past one phase of our big crisis and are currently mired in what may be the end of the following phase of it. In the mid-Autumn of 2019, WBAI was pirated by now former iED John Vernile and some rogue PNB members along with some armed men. We reversed that underhanded action, but there are still other underhanded plots being hatched in Pacifica. Some years ago the General Manager abusively banned Sidney Smith from WBAI and has refused to say why he's banned him! This ties in with the fact that in 1999, WBAI/Pacifica Management got the NLRB to order the Unpaid Staff out of the Union at WBAI, which also destabilized things. I'm a bit amazed that WBAI and Pacifica have survived for the past 20+ years.

Here are the dates when Back of the Book should air for the next little while, according to the WBAI General Manager. All programs run from 5:00 AM (ET) to 6:00 AM (ET) on WBAI 99.5 FM, and the program is carried on the WBAI live stream. The programs are numbered consecutively for the year they're in.

We generally talk about our lives and what's going on, and these days since the gag rule has been revoked we get to talk about WBAI issues as well as the scientific and social things that seem important to us and to which we think we can bring a perspective different from what folks generally hear in the mass media.

We love to get mail on Back of the Book. You can reach us through the following means: 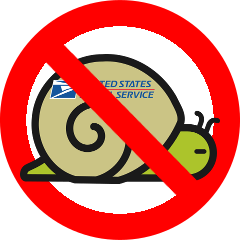 We have not been to 388 Atlantic Ave. since March 7, 2020, and mail sent there is not forwarded to us. We probably will never see any snail mail sent to us at WBAI until further notice. 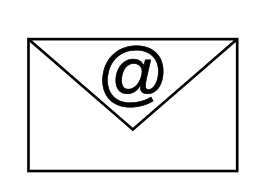 It used to be that I referred visitors to my local WBAI Folio page for details on Back of the Book. Unfortunately, our Folio is no longer being published.