Web links related to the Back of the Book program of September 7, 2009


It's Sunday night, September 20, 2009, 19:51, and this Web page is done. I've updated this Web page with some of the topics we covered on the air and I've previously posted the location of the September 9, 2009, LSB meeting. What follows is the original top of this page ⇒ Back of the Book is 23 years old tonight! We plan to celebrate that fact. The Middle Third is over, so I guess we should make the best of the last third of 2009. We plan to get to some science topics tonight and we really plan to get through a lot of the mail backlog. I'll be updating this Web page over the next little while, so be sure to check in for those updates.

Did you know that I've got a brief synopsis of many of the WBAI LSB meetings? Well, I do, and I've recently updated this stuff a tiny bit.

The next WBAI LSB meeting will be held on Wednesday, September 9, 2009, at 7:00 PM, at WBAI, 120 Wall St., 10th floor. The meeting will be in the Conference Room. The station is wheelchair accessible but you need to register with the building, and have photo ID, in order to enter. Call 1-212-209-2800 during business hours and ask to be put on the list to get in to the meeting.

There was a regular meeting of the WBAI LSB held on Wednesday, August 12, 2009, at 7:00 PM, in the community room of Cathedral Parkway Towers, 125 West 109th Street, between Amsterdam and Columbus Avenues in Manhattan.

After their big, ahem, showing at the PNB meeting in July one would expect the faction that's rapidly losing its strangle hold on WBAI to mount a similar effort at this LSB meeting. But once again the faction didn't make the huge, impressive showing they'd been threatening to make at these meetings. There weren't even as many FoBs at this meeting as in some previous meetings. One wonders if the videos of their disruptions of the PNB meeting in July have made them realize that they look like thugs and bullies, which they mostly are.

The 2009, WBAI LSB elections are under way at Pacifica. So for the next number of months we'll be seeing the FoBs trying to regain a majority on the LSB and the PNB in an effort to reinstall their faction boss and turn back the clock for WBAI and Pacifica, which would of course result in the destruction of both, which may be exactly their goal.

WBAI has an official Web stream of what's on the air at any time! You can go here and pick which type of stream you want! If this stream isn't working let me know. The stream was working at 9:59 PM last night.

The 2009 Local Station Board Elections Have Begun!

This election is crucial for the survival of WBAI and Pacifica. WBAI and Pacifica are in a precarious position right now as current Management attempts to reverse the death spiral that the station and the network have been in for years. If some bunch of chuckleheads gets a majority on the WBAI LSB they'll be able to change the composition of the Pacifica National Board and revert to corrupt, incompetent and malfeasant Management, they might even sell WBAI.

The official Web page containing the list of candidates and their statements is here. You'll have to scroll down the list to find the WBAI candidates.

There's an election going on in Pacifica, so there were a few candidates attending and speaking during the public comment sessions. Some disrupted the meeting.

UPDATE: This election will now occur at the September 9, 2009, LSB meeting.

If you're not a member of the WBAI LSB and you want to nominate yourself for this committee just go here and fill out this form and then E-mail it to WBAI-LSB-Public-owner@yahoogroups.com or send a paper copy to:


The vote is going to be held on September 9, so if you want to be on this committee you'd better make sure you get it to the LSB Chair by September 7, at the latest.

The Middle Third is over. And Summer itself will end with the coming of the Autumnal Equinox on Tuesday, September 22nd, 2009, at 5:18 PM (ET). Well, let's make the most of this Fall. For more about the seasons, and sub-seasons, look here.

This is the 23rd anniversary program of Back of the Book!

We plan to do the usual ritual of reading “Before the Law” by Franz Kafka.

Wow, we've made it through 2.3 decades of radio programming. Amazing when you think of the opposition we've had to deal with in order to get here.

We talked about the revelations that the deal to release that guy who was convicted in the bombing of Pan Am flight 103 over Lockerbie, SCotland in 1988, which killed 270 people, really was based on an oil deal between the U.K. and Libya.

Some astronomers have found the most distant super massive black hole discovered yet. This one's 12.8 billion light years away, so it was already formed when the universe was quite young.

This information contributes to the questions being asked about how such giant black holes, this one's about a billion times the mass of the Sun, and galaxies formed together early in the history of the universe.

It looks like smaller black holes, which are still many times heavier than the Sun, merged to form this super massive one.

I went on about black holes in general and what odd things they are. 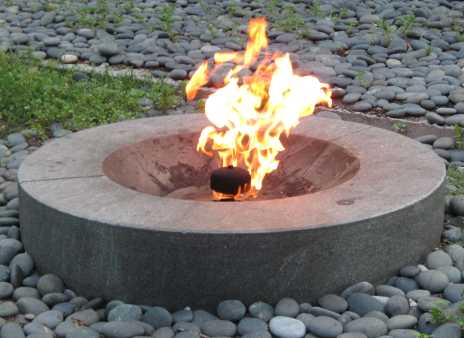 The “Eternal Flame” With New Cap

On our previous program we talked about the “eternal flame” at the small 9/11 memorial in Battery Park having gone out after its cap was removed.

We still think that the cap of this memorial has been getting vandalized some someone, or some group.

In any case, after the last program we went to Battery park and were glad to see that the so-called “eternal flame” is flaming again.

The new cap is of a different design from the previous several. It looks like it may be a little more robust. It has a sloped top and maybe that'll help it to survive whatever the hell keeps happening to it down there.

The new cap also seems more like an inverted cup. The previous caps were all flat. Maybe this will help it to survive better too.

The cap appeared to be pretty new when we saw it. We suspect that whomever is attacking it, and we do not think the caps get damaged by some natural cause, nor do we suspect the pigeons of damaging it, hadn't seen it by the time we had.

Well, we hope that this new model cap stands up to any abuse better than the old ones did.

We figured that they'd have to fix the “eternal flame” soon because the anniversary of that terrible day is coming up at the end of this week, and the city would certainly want folks to see the “eternal flame” going then. We hope it can stay lit. It's very sad to see a memorial to so many people who died violently in an attack on the city get vandalized.