Since the world has not ended we're going to pitch again this morning! Check back for updates.

The next regular WBAI LSB meeting will be held on Wednesday, June 8, 2011, at Brooklyn Commons, 388 Atlantic Ave. in Brooklyn.

The May 11, 2011, LSB meeting was held at “Brooklyn Commons” at 388, Atlantic Ave. in Brooklyn. It started an hour and ten minutes late! And then faction operatives got all hypocritical about the station's finances.

WBAI has an official Web stream of what's on the air at any time! You can go here and pick which type of stream you want! If this stream isn't working let me know. And you can see the status of the streams at any time by clicking here. The stream was working at 1:07 this morning. The station has a Flash stream here, make sure you enable Javascript so it can work for you.

The Mars rover Spirit was officially retired this past fortnight. NASA's attempts to communicate with Spirit were last successful on March 22, 2010. Spirit had landed on Mars on January 3, 2004. It had been supposed to function for three months. It lasted for more than six years.

The other Mars probe, named Opportunity, is still functioning. 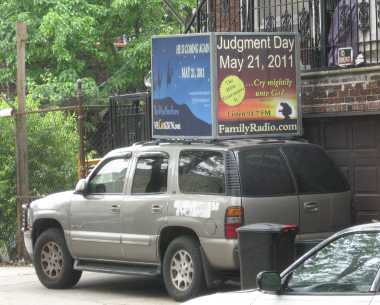 Well, the world did not end on May 21. We were not surprised. Some, however, were.

Here we see a car parked in Brooklyn with placards on top of it letting us all know what was coming, except this photograph was taken on May 26, five days after the world was supposed to have ended. I wonder how the true believers who won the car feel?

Dopey sky pilot Harold Camping has since claimed that the Rapture really did happen when he said it would, it was just invisible. He hasn't explained what happened to the earthquakes he claimed would accompany his righteous followers into Heaven.

Undaunted by yet another failure to accurately predict the end of the world Mr. Camping has declared that on October 21, 2011, we'll really see things end.

The MTA has revealed its plans to force people to use credit or debit cards to purchase self-refilling MetroCards. This will allow them, and anyone else who has access to the records, to track where people go and when.

This also gives the MTA, which has a record of financial dishonesty, access to your credit card or bank account. A few years ago when they wanted to hike fares and also not give employees a raise the MTA claimed it was broke, but the second set of books showed that it had a surplus of hundreds of million of dollars.

Calling this plan the “EasyPayXpress” the MTA will charge your credit or debit card $30 and when the balance on it falls below $20 they'll charge you again. So you are permanently lending the MTA some amount of money this way. Nice.

If you want an unlimited MetroCard the MTA will require that you give them two credit cards and a valid E-mail address. The pay-per-ride MetroCrad under this plan will just require one credit card.

And they'll make it attractive enough that people will go for it, and we'll all end up getting tracked by anyone in government who feels like finding out where we tend to go. 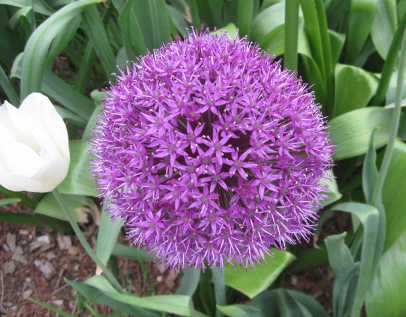 Flowers at Battery Park After the Last Program

It being Spring I like to post photographs of flowers, even if it's an overcast, gloomy day when we go to see the flowers. Here's a bunch of flowers valiantly blossoming amid unfavorable weather.