Web links related to the Back of the Book program of August 6, 2011


It's Wednesday night, August 10, 2011, 21:05, and I've updated this Web page to show that tonight's LSB meeting has been cancelled. The original top of this page follows the arrow. ⇒ The good news is that we aren't pitching on this program! Huzzah! We plan to talk about the Juno probe that just got launched and an interesting new theory about the Moon's far side. Pickles of the North wants to talk about the city's “Summer Streets” program where Park Ave. is closed to motor vehicle traffic. The first of the 2011, Summer Streets days begins an hour after we get off the air. I also want to get to some other topics, and, my, isn't the economy wonderful? And there's the possibility that we could suffer some broadcasting problems such as the station's been experiencing this past week. If so scroll down to a link about it. Check back for more updates.

The next regular WBAI LSB meeting will be held on Wednesday, August 10, 2011, at a location to be announced.

WBAI has an official Web stream of what's on the air at any time! You can go here and pick which type of stream you want! If this stream isn't working let me know. And you can see the status of the streams at any time by clicking here. The stream was working at 3:07 this morning. The station has a Flash stream here, make sure you enable Javascript so it can work for you.

For decades I've been saying that human being have a daylight consciousness and a nightdark consciousness. It's a very subtle difference, but I think there is a difference. This idea has informed what I've been doing on the radio for years. Well, on this morning's program we're going to talk about a discovery that may lend just a tiny bit of credence to this idea. 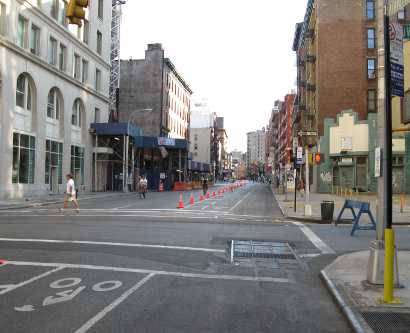 After this program Pickles of the North wants us to go to the city's “Summer Streets” event. Here's the official Web site.

We've done this before. It's pretty interesting.

NASA launched the Juno space probe yesterday morning. It will be flying to the giant planet Jupiter for the next five years, after which it will do a lot of science to explore the area. We plan to talk about it a little bit tonight. 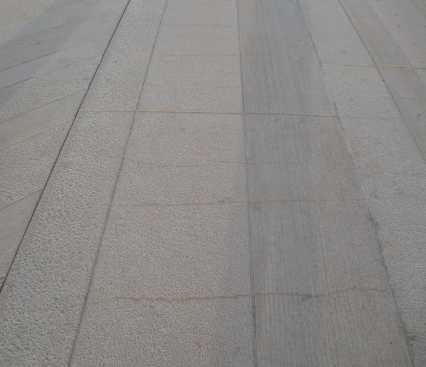 Cracks in the Coney Island “Boardwalk”

Pickles of the North and I were down at Coney Island this past fortnight and we found that they were done making over a lot of the west end of the Boardwalk into a concrete-walk. We are not big fans of this concretizing of the Boardwalk. Or maybe we need to start calling it the “Boardwalk.”

Besides not liking it we also think that it may be a safety hazard as bad as the badly maintained boards of the Boardwalk used to be. You can see irregular lines running from left to right in the photograph. Those are cracks. This stretch of “Boardwalk” has been there for mere months, and it's already cracking up. Why is this?