Web links related to the Back of the Book program of September 3, 2011

WBAI has an official Web stream of what's on the air at any time! You can go here and pick which type of stream you want! If this stream isn't working let me know. And you can see the status of the streams at any time by clicking here. The stream was working at 1:44 this morning. The station has a Flash stream here, make sure you enable Javascript so it can work for you.

This is the 25th anniversary program for Back of the Book!

We plan to do the usual anniversary stuff, including the usual ritual of reading “Before the Law” by Franz Kafka.

We're going to reminisce and talk about the changes we're seen in the time we've done this radio program. And after we're done wallowing in nostalgia and congratulating ourselves on having merely survived we'll get on with some sort of radio-like program. 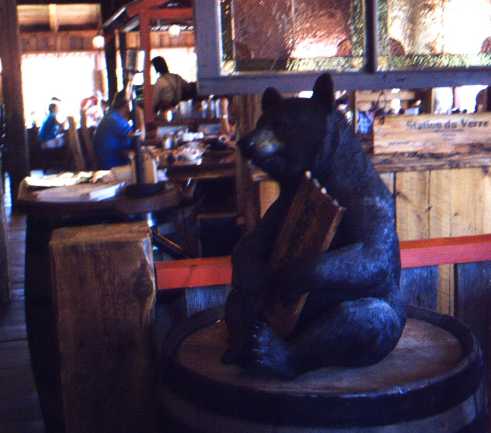 This is Part of a Mysterious North Pole Ritual

Pickles of the North wasn't on the last program because she had to go organize the resistance at her native North Pole against the great oppressor Santa Claus. 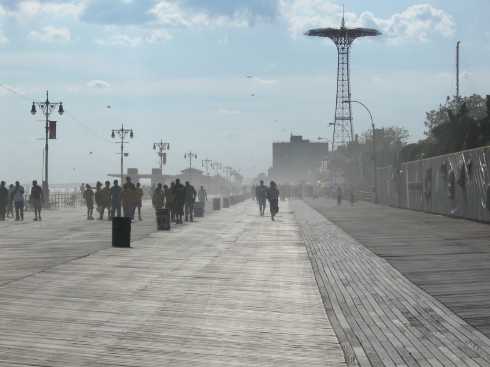 Sandstorm on the Coney Island Boardwalk

Pickles of the North and I went to Coney Island on August 24th. It was a windy day, with the atmosphere very active due to the approaching Hurricane Irene.

There was a lot of surf crashing on the jetties that day, and the wind really picked up the sand and sent it flying off the beach, over the Boardwalk and out to Surf Ave. and beyond.

That's not a scene out of Lawrence of Arabia on the right. This wind blown sand condition was enough to drive a lot of people off the Boardwalk. Pickles of the North and I wandered around on it for a couple of hours.

We have yet to go back to see what things are like down there after the actual hurricane hit. 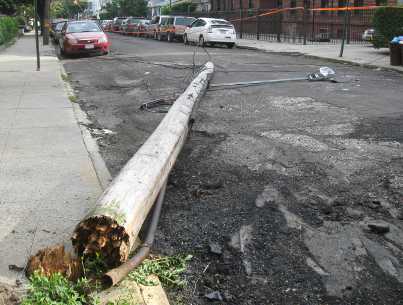 We plan to talk about Hurricane Irene on this program. There was a hell of a lot of damage done in places. Some areas were seriously flooded, and trees, including the putative second oldest tree in Brooklyn, were damaged or completely knocked down by the storm.

Here we see a utility pole that's been snapped off at ground level.

A study by researchers at Northwestern University had discovered that bisexual men exist! Jeez, I've been saying that for quite a few years now. I conducted my own study, you see.

We plan to talk about the Wikileaks thing tonight. Jeez, this is an excellent example of how not to deal with people who aren't at all used to data security issues. 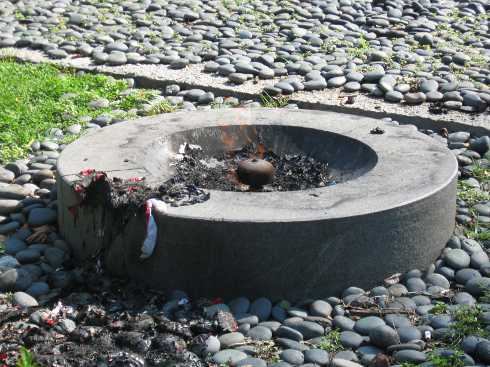 The 9/11 Memorial Eternal Flame Has Been Attacked Again

This was the condition of the 9/11 memorial “eternal flame” after the last radio program. I suspect that that same idiot whom Pickles of the north and I saw throwing stuff on it some time back did this too. It appears that he's taken something that someone left there and thrown it on the fire.

I'm sure they'll clean this mess up before the big 9/11 memorial stuff next weekend, but I really with this guy could be stopped from doing this sort of crazy stuff.