Oh, it's early Summer and it's warm and there's lots of Sun and I like it. Of course it's still very odd that when we come in for the program Wall St. will be illuminated by false dawn and the Sun will rise at 5:32 AM, while we're on the air. But that's life. We plan to talk about the below stuff and more tonight. We'll do things around the Christopher Street Liberation Day march and other things on this program. Check back for updates.

The next regular WBAI LSB meeting is scheduled to be held on Wednesday, July 11th, 2012, at Alwan-for-the-arts, 16 Beaver Street, 4th floor, in downtown Manhattan.

The WBAI LSB met on Wednesday, June 13th, 2012, at Alwan-for-the-arts, 16 Beaver Street, 4th floor, in downtown Manhattan. For the second time in two meetings I got to make a Treasurer's Report. I don't remember the last time I was able to do two Treasurer's Reports in a row. I delivered the by now not so great news that we're in pretty bad financial shape.

We will be pitching on our next program on July 21st. We'll be pitching as a part of the WBAI Summer 'Thon. We'll be hoping to raise enough money for the station to survive until late in the fiscal year. 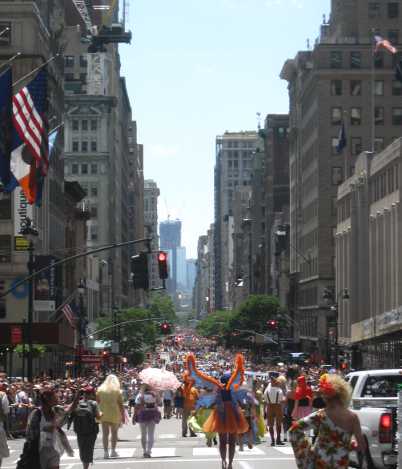 Of course Pickles of the North and I went to the annual Christopher Street Liberation Day March this year. Yeah, it's mostly known as the Lesbian/Gay/Bisexual/Transgendered Pride March, but I'm an old coot and I call it what we called it when it was risky to march in it.

We'll be talking about the entire adventure on the program tonight/this morning. I also plan to do an entire Web page about our adventures that day.

So have they really found the elusive Higgs boson? At a press conference on July 4th, scientists from the Tevatron collider at Fermilab and the ATLAS and CMS experiment teams at the Large Hadron Collider (LHC) at CERN presented what are termed preliminary results which indicate that they have found a particle at a mass of around 125 to 126 GeV, which is right where the Standard Model of the universe predicts the Higgs Boson should be. They're not completely sure they've found it, but they're close enough that they had to make the announcement.

If it operates as some physicists think it does the Higgs boson is what gives other particles, and eventually all matter in the universe including you and me, mass.

We plan to talk about this tonight and also talk a bit about some of the new things going on in physics around such discoveries.

For those who really care the Pacifica FY11 audit is finally out. You can view it here. 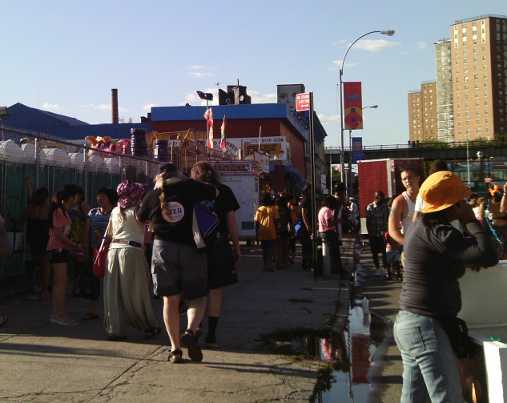 Revelers After the Mermaid Parade

Pickles of the North went to the 30th annual Mermaid Parade at Coney Island shortly after the last program. R. Paul just stayed home and went to sleep.

Pickles will talk about it all a bit tonight. 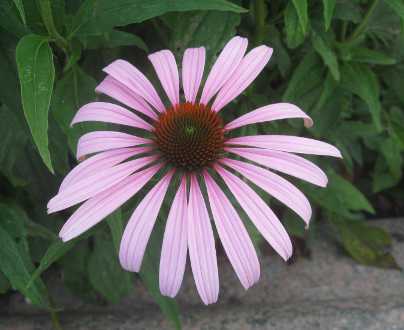 So here's a shot of an Echinacea flower we saw while strolling through Battery Park after the last radio program.

Yeah, sometimes I just like to post photographs of flowers. They're nice to look at when everything is covered in snow and ice of when it's just awfully cold and gloomy out.