It's Thursday, November 22, 2012, 09:11, and I've updated this page with our tally amount and with a link to a Web page about our trip to Coney Island this past fortnight. The original top of this page follows the arrow. ⇒ Yeah, we're pitching again. What a drag. But we'll get to as much radio program as we end up having time for. The pitching really is important. Check back for updates.

The next regular WBAI LSB meeting will be held on Wednesday, November 14th, 2012, at a location to be announced.

An LSB meeting was called for October 10, 2012, at 7:00 PM at Alwan-for-the-Arts, 16 Beaver Street, 4th floor, in downtown Manhattan. However a quorum never appeared and at 8:00 PM, a full hour after the official starting time for the meeting and with members starting to leave in frustration, the Chair cancelled the meeting with the consensus of the members assembled.

UPDATE: We raised $340 on the air on this program. Thanks to all who pledged, WBAI really needs the money.

The filthy Taliban scum have tried to assassinate 14 year old Malala Yousufazi because she spoke out in favor of educating women and girls. And some people think that the Taliban are not the enemy of every person who wants equality for all? They're certainly my enemy. 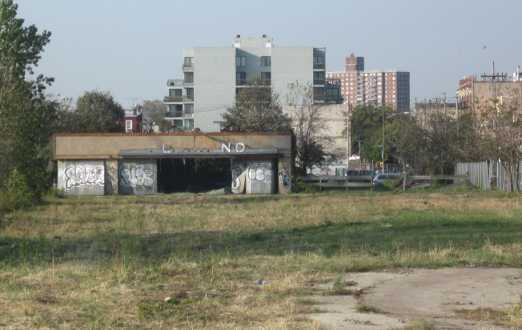 The Ruins of Playland

During this past fortnight we went to Coney Island again. Here you can see the ruins of what used to be Playland.

The view of the Playland building from the Boardwalk used to be obscured by the Thunderbolt, a roller coaster which actually had a house under it, and people lived there, in a small house that was right under the roller coaster's tracks. You can see some of the remaining concrete foundation of the Thunderbolt in the lower right hand corner of this photograph.

The Giuliani administration tore down the Thunderbolt years ago, mostly so that those going to the minor league baseball games one lot to the west wouldn't be offended by the sight of something old and odd looking.

Playland was allowed to deteriorate as a part of the systematic manipulation of money, land and politicians that has been playing out in Coney Island over the past several years. We've heard that the land that Playland is on has been sold and that someone is going to “develop” it. Well, the corpse of Playland is beyond being hurt anymore.

For more on our expedition to Coney Island on October 5th, click here.