Well, we thought that we'd be preempted for this program, as Uncle Sidney was last Saturday morning. But the final week of this 'thon was up in the air, there was nothing posted anywhere about what was happening with it. That was because the folks in charge didn't know what was going to happen for the final week. We didn't know until Thursday afternoon that we were on this morning! So we'll do a radio program, try to raise some money, and just see what happens with it all. Oh yeah, we'll probably mention Halloween and the impending storm. I do plan to update this Web page as soon as I can manage.

The next regular WBAI LSB meeting will be held on Wednesday, November 14th, 2012, at a location to be announced.

An LSB meeting was called for October 10, 2012, at 7:00 PM at Alwan-for-the-Arts, 16 Beaver Street, 4th floor, in downtown Manhattan. However a quorum never appeared and at 8:00 PM, a full hour after the official starting time for the meeting and with members starting to leave in frustration, the Chair cancelled the meeting with the consensus of the members assembled. 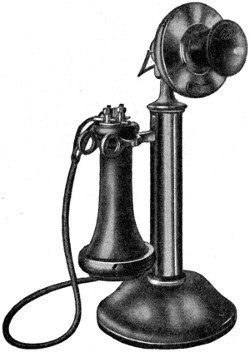 Scientists using the HARPS instrument on the 3.6-meter telescope at the European Southern Observatorys (ESO) La Silla Observatory in Chile have announced the discovery of a planet orbiting the nearby star Alpha Centauri B.

Finding a planet in the closest star system to the Earth is a big deal, especially for readers of science fiction. All sorts of books and TV series have featured planets, usually inhabited, in this star system, and now there really is one.

But this planet is not going to be inhabited. Alpha Centauri Bb is only about 3.7 million miles from its star, and it's going to be very hot on the planet's surface, there will also be a lot of radiation pouring onto the planet.

There exists the possibility that there may be other planets, possibly ones that could harbor life, in that Alpha Centauri system.

We plan on talking about the big Storm that's predicted to hit the area on Monday and Tuesday. It's supposed to be Hurricane Sandy merging with a cool, low pressure zone coming out of Canada and augmented by a high pressure zone located in just the right position out in the atlantic Ocean to feed more wind and energy into it. The polar Jet Stream is also playing a role in this scenario.

Well, we'll be pitching on this program, but we also plan to make it a sort of Halloween program. Pickles of the North was off making Jack O'Lanterns with some friends this past week. Yeah, we'll see how far we get with all of this.