This page was updated on Wednesday, December 5, 2012, 04:07, with more information on the next LSB meeting and Delegates' Assembly, and the bylaws amendments we'll be voting on at the Delegates' Assembly, and more about the elections. More updates to come. The original top of this page follows the arrow. ⇒ Oh, the surviving turkeys are getting ready to bolt to another planet. could that planet be Mars? Well, all this and more on tonight's program. I'll get this page updated one day.

The next regular WBAI LSB meeting is scheduled to be held on Wednesday, December 12, 2012, at Alwan-for-the-Arts, 16 Beaver Street, 4th floor, in downtown Manhattan. A Delegates' Assembly will precede the LSB meeting. The Delegates' Assembly is scheduled to start at 6:30 PM and will meet to consider the bylaws amendments to the Pacifica bylaws. Actually, the Pacifica Web page about these amendment is all screwed up with a popup menu that will not go away. So I've posted those amendments that the Delegates will be voting on on December 12, here: bylaws amendments December 2012.

The WBAI LSB attempted to hold a regular meeting on Wednesday, November 14th, 2012, however the venue was unavailable due to damage from super storm Sandy.

Because WBAI has been forced out of its studios by the flood waters' destruction of the building's electrical system you will need to go here to listen the temporary stream for the radio station! This emergency stream should only be necessary for maybe another week at most. If this stream isn't working let me know. 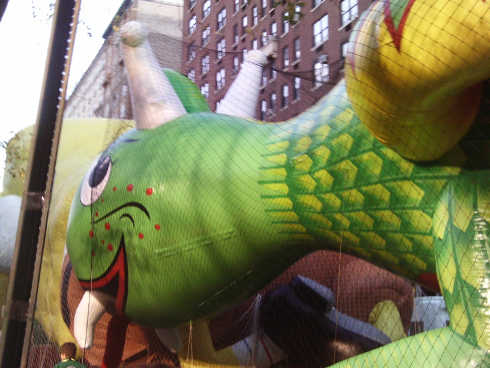 Pickles of the North went to see the annual inflating of the balloons for the Macy's thanksgiving Day parade again this year. She says that there was a tremendous press of people there this year. As this activity gets more publicity it gets more crowded, which doesn't necessarily make it more fun. 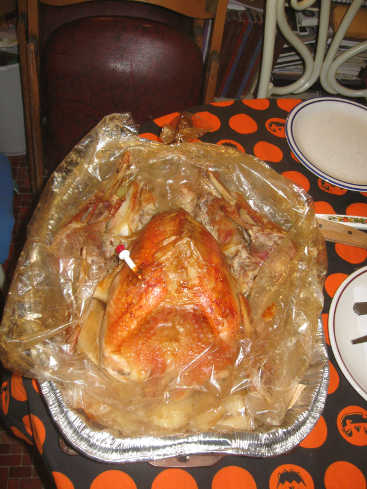 And at the Martin manse we sat down to this turkey that Pickles cooked. We had Mister and Missues Satan, aka Maxwell J. Schmid and Ratgirl of the West, over for Thanksgiving dinner this year.

Maxwell gave me a present: a game called Rage. So if this Web page never gets updated, blame Maxwell!

The New York Daily News is reporting that NASA has announced that it will have a big announcement about discoveries on Mars “in several weeks.” The newspaper is speculating that they may have detected methane levels in the planet's atmosphere that could indicate life on the planet. I guess we'll see.