This may be our last radio program from the ass end of Wall St. It's certainly going to be one of the last two. We're not sure when the station will be moving its studios to the CCNY site, but we may be there for the next program. Meanwhile look around, and we'll be hoping to do our various topics below and more. We've also posted something below about the next 'thon, which we'll be participating in on the next program. And I hope as much as you do that I update this Web page soon.

The next regular WBAI LSB meeting is scheduled to be held on Wednesday, February 13, 2013, at a location to be announced.

The 2012, Pacifica elections are over. I hope that none of you voted for the so-called “Justice & Unity Campaign,” aka the faction, candidates. We have the election results, and they are, for the most part, good. They're posted above.

We will be pitching on our February 16th, program. We'll be pitching as a part of the WBAI Winter 'Thon. We'll be hoping to raise enough money for the station to survive in our new split situation.

Usually we ask that people send us a check if they can't listen to the program live. However, WBAI is moving. We are not sure where the mail should be sent to in order that we might be able to get it on February 2. We will have a new address, and Management says that they haven't figured out how to handle the Staff mail with the new situation where the station is in two parts that are located miles apart. Where will our physical mail be sent? Well, as a result of that situation we figure that we should not ask anyone to send a check this time. But we will be pitching on the next program, maybe on the next two programs, and we hope that everyone who listens will pledge then.

The Wilkinson Microwave Anisotropy Probe (WMAP) has had its big, final report done. The universe is 13.77 billion years old, and there's more. We plan to talk about this on the air.

Getting ID that anyone will pay attention to in the 21st Century is an adventure. We plan to talk about our recent adventures in the quest for ID for R. Paul on this program. 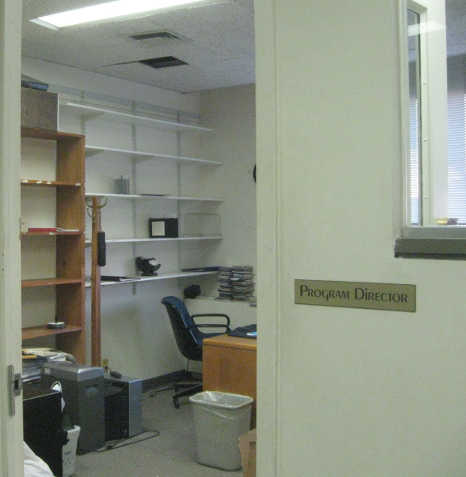 And Another One Bites the Dust

Program Director Chris Hatzis has moved on and is no longer associated with WBAI. Chris Hatzis began working at WBAI in June 1, 2012 and has worked closely with the staff to improve process and programming. We wish him well and we will do our best to fill out such an important position.

Please note that WBAI Winter drive starts on Monday February 4, 2013 and I expect EVERY show to come up with its own premium as I want to go back to the idea that we are offering the content of the shows and not premiums. There will be a separate note soon addressing the fund drive obligations and responsibilities but I wanted to give you a head start.

I appreciate your support and understanding in these trying times. 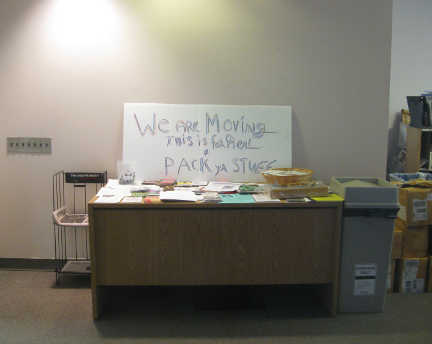 The building where WBAI has been headquartered since 1998, at 120 Wall St. got seriously compromised when the East River inundated its lower two floors as the result of the storm surge from Super Storm Sandy on the night of October 29, 2012.

We talked about the storm and all on a previous program. And we've noted that Pickles of the North, among others at WBAI and throughout 120 Wall St., has had trouble breathing at times owing to the mold and the biocide being used by building Management to try to fight the mold that resulted from the flooding of this 80+ year old building. Pickles has had to use her asthma inhaler on the air a number of times.

With Verizon unable to get the phone lines working again, and with the other problems the building is having, and with WBAI's lease expiring on December 31, 2012, the station is moving.

WBAI will be split in two. The official offices of the station will be located in free office space (for six months) at 4 World Financial Center and according to the General manager, “We are moving to the studios of WHCR at City College located at 160 Convent Ave., New York, NY.”

I cleaned out my locker at the station, I “packed my stuff” after our program of December 22, 2012. So I'm out of there. I'm hoping that the Unpaid Staff are going to be accommodated at these new locations. Right now we're not getting a lot of information from management. We do not know how we'll get our mail that's sent to the station. We are not sure about just how the studios at CCNY are going to be and we are not sure about that trek from the 137th St. subway station, up Vinegar Hill at 4:30 on Saturday mornings will be.

There are quite the number of uncertainties related to this move. Management hopes that with no office rent to pay for six months, and a studio rent that's around $30,000 a month less than what we're paying for space at 120 Wall St. that we'll be able to save enough money to have a load of dough when we have to move for real, probably in July. Yeah, let's cross our fingers over this one.