This Web page was posted long after the radio program aired. Usually I post the program's Web page before we head in to do the program, and then I'll sometimes update it. I really should always update it, but it doesn't work out that way. The reason why we didn't post this Web page before the program was because our Internet Service Provider, Verizon, did not repair a non-functioning cable until well after the program. So we dealt with the below topics on this program. 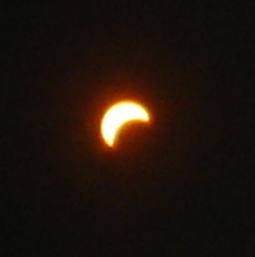 Partway Through the Elipse

We were all lucky in that we had good weather for the solar eclipse on August 21st. Here in Greater New York it was a partial eclipse, in other places it was a total eclipse. And there will be another one in seven years. Pickles of the North and I went to Coney Island to view this partial eclipse. There is more open space there than on any city street, there were fewer distractions and we were able to sit at a picnic table in Seaside Park and get ready for it.

Here you can see the best photograph I was able to take during the entire event. Pickles of the North and I had brought along some special viewing devices, you can't really call them glasses, they're made of cardboard and a thin, plastic film, that allowed us to look right at the eclipse without risking being blinded by what Sun was still showing. I made photographs with the camera lens shooting directly though the glasses, and I made some photographs by shooting an image of the eclipse that was reflected in a small mirror. I forget if this is a mirrored image or not. Of course even with shooting a mirrored image I had to use the eclipse glasses. 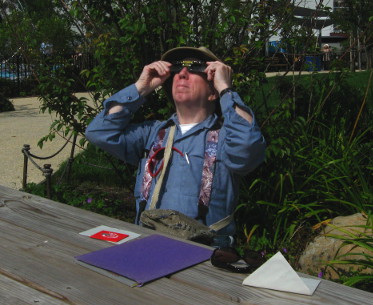 Pickles of the North was really pleased that we were able to sit down at a picnic table, with the smells of the Summer beach wafting over us, and just have the fun of watching just about the entire eclipse. We got to see it approach, reach and then recede from the 71% coverage of the Sun.

In the photograph I'm wearing those special Sun-viewing glasses that we got from Astronomy magazine years ago. They really came in handy this time. We each had a pair.

A while after the eclipse had reached its maximum and was receding we had a little lunch right there, very appropriate for folks sitting at a picnic table in Coney Island. It was our eclipse banquet.

On the afternoon after our last program a bunch of right wing groups, including neo-Nazis and self-described White Supremecists, staged a demonstration to Unite the Right in Charlottesville, Virginia. The night before they had a march through the University of Virginia campus with marchers carrying tiki torches and chanting slogans including, blood and soil, an old Nazi chant, and You will not replace us, interspersed with racist and anti-Semitic chants.

After the Saturday afternoon rally one neo-Nazi purposely drove his car into a dense crowd of counter demonstrators, killing one young woman and injuring 19 other people.

When the moron in the White House finally made some comment on this entire despicable set of actions by his supporters he said that the blame for the killing, injuries and violence was, on many sides.

We really have to be wary about this like this. The Weimar Republic of Germany was roiled by many years of political violence, armed fighting in the streets of the cities, and assassinations before Adolph Hitler emerged as the main beneficiary and eventually ended the Weimar Republic and replaced it with his own Third Reich. Yes, it could happen here. 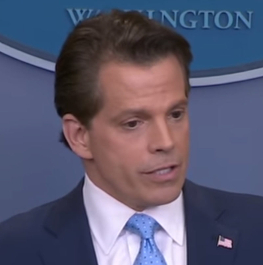 On the last radio program we did we were talking about the new guy, Anthony Scaramucci who had been appointed as White House Communications Director and who was to report directly to that fool Donald Trump. Well, he didn't last long.

And This Guy Left Too!

Another White House departer since our last radio program was that awful person Steve Bannon. I think that a whole lot of people were glad to see him go. The above mentioned Anthony Scaramucci has reportedly differentiated himself from Steve Bannon by saying that that, I'm not Steve Bannon, I'm not trying to suck my own cock. Yeah, great people in the Trumpian cesspool. 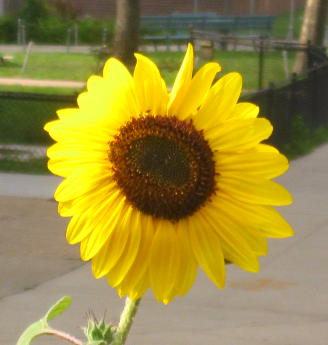 After the eclipse viewing I took a shot of this late-in-the-season sunflower. There are a whole lot of sunflowers growing along the edges of the Coney Island Boardwalk.