This is our 26th anniversary program! Not that long ago we could have easily taken bets that we wouldn't get this far. We plan to celebrate the event in the usual ways. And we plan to get to the below topics as well. Check back for updates.

The next regular WBAI LSB meeting is scheduled to be held on Wednesday, September 12th, 2012, at Alwan-for-the-arts, 16 Beaver Street, 4th floor, in downtown Manhattan.

The WBAI LSB met on Wednesday, August 8th, 2012, at Alwan-for-the-arts, 16 Beaver Street, 4th floor, in downtown Manhattan. This was to be the big meeting where the LSB considered, and probably approved, the radio station's FY13 budget. Well, we did consider the budget.

The faction was there to play. And they played. Former WBAI Program Director Bernard White, who is suing Pacifica and is also on the LSB, brought up a motion that said that the LSB urged the General Manager not to sign a lease extension. And it also called for WBAI to abandon its transmitter and antenna facilities located on the Empire State Building and find lower priced facilities that would not result in the signal having less strength or range than we have now.

Well, this was just a stupid motion designed to sound good to the seriously uninformed. If the General Manager doesn't sign a lease extension WBAI will have no place to broadcast from. Of course Bernard White may well want to have the station housed in his basement, but even that isn't possible.

WBAI can't just pick up and move. A radio station needs to have its space prepared so that all of the electrical and acoustic necessities are available. And just moving the equipment costs money. Back in 2005, we had an expert on Manhattan real estate come in and give us estimates. The estimate for a move to a place that WBAI could eventually own was way too high. A half-assed move, he estimated, would cost at least $1,000,000. Even if the move could be done for half that cost, WBAI doesn't have that sort of money hanging around. WBAI isn't even able to break even yet. So right there this is not something that could be done, and finding a place to move to before the lease runs out would be very unlikely.

The proposal about finding a place for the station's transmitter and antenna other than its current position in the Empire State Building, a place where the station wouldn't suffer a signal degradation, simply defies the laws of physics. A powerful FM radio station broadcasting its signal close to ground level would also cause a whole lot of interference, and the FCC would have something to say about that.

So the faction played around with that nonsense. Luckily the motion got voted down.

But the faction had wasted a lot of time through this long meeting, and the Vice Chair had allowed it to go on for too long. In the end when the station's FY13 budget came up for a vote it failed to pass. The vote by then was seven for and eight, all faction operatives, against.

The WBAI FY13 budget went to Pacifica National Finance Committee on Tuesday, August 21, at 8:30 PM (ET). WBAI's FY13 budget got passed after some modifications. You can go here and listen to the archived audio of the meeting, if you want.

The 2012, Pacifica election cycle has begun! Want to be a part of it? Click here.

UPDATE: The deadline for nominations to run in this year's elections for the WBAI LSB has been extended to Thursday, September 13, 2012.

This is the 26th anniversary program for Back of the Book!

Good grief, we're still here! We'll probably get to the anniversary stuff we usually do once a year, including the ritual of reading “Before the Law” by Franz Kafka.

We're going to reminisce and talk about the program. After that some sort of radio program will probably happen. 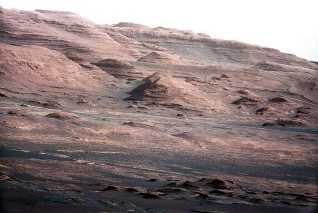 The Mars rover Curiosity is done testing its wheels and other systems and has begun to move towards some rock outcroppings that it will now begin to examine for signs of fossilized life. When it gets to its next location in Gale Crater it will test more of its systems and it will look for the best route up Mount Sharp where it will do more experiments.

As we do this program we're aware that 73 years ago right now forces of the third Reich were smashing their way through Poland.

Since the last program the following pages on this Web site have been updated: