It's Tuesday morning, September 17, 2013, 08:38, and I've updated this Web page with the video I shot of the waterfall at the Hoyt St. subway station last week. The original top of this page follows the arrow. ⇒ This is our 27th anniversary program! We'll celebrate in most of the usual ways, and we'll bring you some new stuff into the bargain. I have more to post on this Web page, too. So check back in for those updates.

The next regular WBAI LSB meeting is scheduled to happen on Wednesday, October 9, 2013, at 7:00 PM at a location to be announced.

We had a short Treasurer's Report at this meeting but I had posted a written Treasurer's Report for this meeting. The faction played around and wasted time, preventing us from even completing the General Manager's Report, much less ever getting to vote on the WBAI FY14 draft budget. Well, they voted against the budget last year and they've stopped the LSB from even getting to a vote on this year's budget. I made a motion to censure one of the faction operatives who was disrupting the meeting, and that motion got passed.

Oh, a mere week from tomorrow the Summer of '13, will be over. Well, it just won't do to have Summer last all year long around here. We all must abide by the dictates of the tilted Earth.

For more on the seasons and sub-seasons look at my Web page about all of that.

Well, I'll miss the Summer, but September and October aren't usually such bad months. I prefer the Middle Third, but this is all better than the Miserable Third which encompasses November through February. However, we must always remember the cheerful aphorism, “Every day above ground is a good day.” That even applies when we're not as warm as we'd like to be. 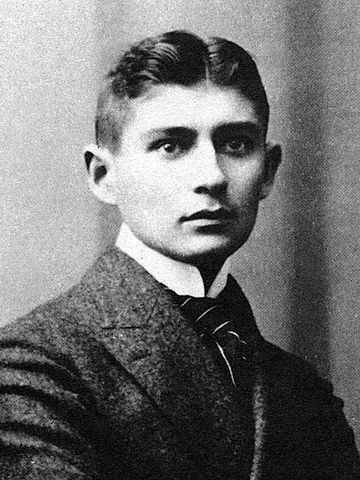 And this is the 27th Anniversary program of Back of the Book!

It is indeed a surprise that we have gotten this far.

We plan to do the traditional reading of “Before the Law” by Franz Kafka. There's another translation of this fable or parable, as they call it, on this Web page.

We are hoping that we can have more anniversaries, and of course we're hoping that WBAI will survive into the future. We're hoping that the next time we pitch that folks will remember how much they like WBAI and will pledge to keep it going.

It has been announced that the Voyager 1 Spacecraft has entered interstellar space. This is the first human made thing to go interstellar, if you don't count all of our radio and TV, etc. broadcasts, the earliest of which are getting to be close to 100 light years away by now.

The Waterfall at Hoyt St.

So Pickles of the North and I went to the WBAI Staff meeting on Thursday, the night after the LSB meeting. We were about to rush up the stairs at the Hoyt St. IRT station to get to the new WBAI headquarters at 388 Atlantic Ave. when we were met with this waterfall on the steps of the Hoyt St. station.

Here's my somewhat shaky 49 second video of this. It was a pretty fierce downpour.

Yeah, we ran out into it, and got wet.