It's Tuesday morning, January 21, 2014, 09:51, and I've gotten the image of Uncle Sidney with his Minnie Mouse ears on blinking. That's how those ears work. Previously I'd added the part about Pickles of the North's Solstice Party, and I'd corrected some typos. More updates to come. The original top of this page follows the arrow. ⇒ This is our last radio program of 2013. We hope we'll be back for 2014. We plan to get to the below topics and more, and we are hoping that we an get some of the mail done on this program. Updates will be coming, so check back for those.

There are a lot of stories about gay related subjects that we plan to get to on this program. Yeah, it's going to be jam packed, it looks like.

This program is airing in the final hours of the Autumn of 2013. The Winter Solstice will occur this afternoon at 12:11 PM. For more on the seasons and sub-seasons look here.

Yeah, we'll go on about the Solstice and the light and dark of it all on this program, sort of like we did on the previous one. 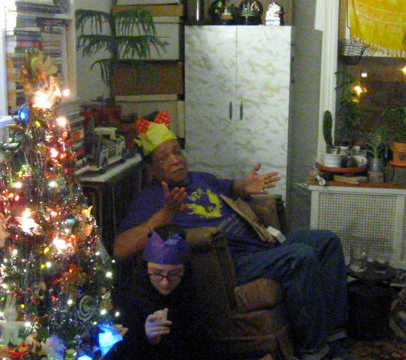 Pickles of the North had another of her Solstice parties this past fortnight. We couldn't have it right on the Solstice because we're both going to be pretty wrecked later today, and we're going to another party tonight.

Here you can see our artificial Isaac Newton's Birthday Tree, Uncle Sidney with his light-up Minnie Mouse ears, and another guest closely examining a plastic ice cube with a blinking LED in it. 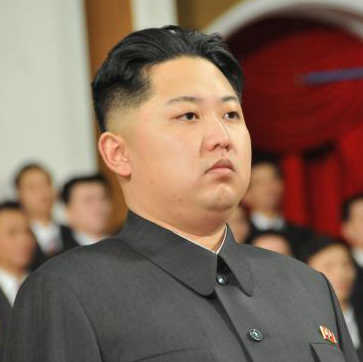 Well, some people dislike their relatives more than others this time of year. And some actually do something about it.

Maybe it was something uncle Jang Song Thaek said at a recent Party party or something that got his all powerful nephew to oust him from all future family gatherings. Officially Uncle Jang got executed for corruption, drug use “creating an illusion about him,” distorting and weakening party goals, abusing his power, having “improper relations with women,” and gambling at casinos while undergoing medical treatment in a foreign country.

So we won't have Uncle Jang to kick around anymore.

Well, Caligula would certainly understand this sort of family business.

We are hoping to get through a lot of the mail backlog on this program. It's our last radio program of the year and we'd like to not have to drag too much of a mail backlog into next year, assuming we're on the air at all next year. 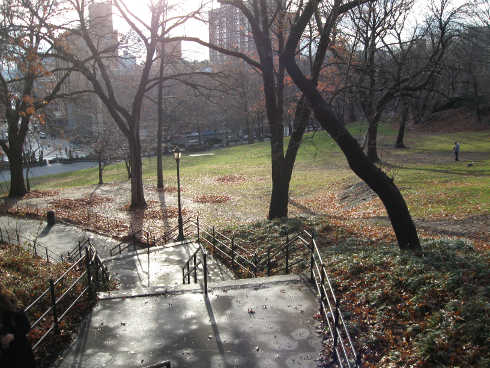 And here we have a photograph of St. Nicholas Park right after we left CCNY after our December 7, program.

It was a pretty cold morning, but we were adequately bundled up for it all.

The park is only about one, short, city block wide, but it extends through several blocks of the neighborhood to the east of CCNY.

You can see that there is a very steep incline between the two parts of the park. We're glad that we don't have to go charging up those stairs in the wee hours of a Saturday morning in order to get to the WBAI studios at CCNY.