It's Sunday afternoon, July 2, 2017, 12:47, and I have updated this page with a link to the archive I put together for this radio program. More updates to come. The original top of this page follows the arrow. ⇒ This is our annual Christopher Street Liberation Day program. Yes, we'll talk about LGBT Pride and all of that, and we'll talk about our experienced in the march. We'll probably talk about one or two other things while we're at it. We hope to updated this Web page some time after the radio program, so check back for the updates.

The next WBAI LSB meeting is scheduled to be held on July 12, 2017, at a location to be announced. The meeting is supposed to start at 7:00 PM.

We received word that former WBAI producer Joyce West has passed away. Joyce was a pal at WBAI. She produced mostly Arts programming and she did some children's programs at the station. She was a good person, and put up with a lot of the shenanigans many of us were involved in during the '80s. Joyce was 80 years old; she died of natural causes. She is survived by her brother Stanley, her children Kevin, Chris and Heather, and grandchildren Zachary, Zija, Sebastiaan, and Iris. She is missed by many of us. 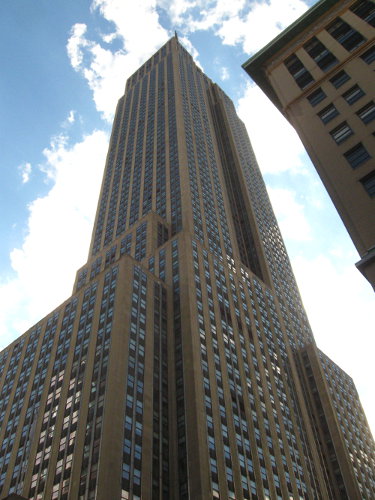 Our Transmitter's Atop This Pile

The Pacifica interim Executive Director has issued a press release about the issue, and he's, ... asking for community support to help get a fair settlement and relief from the grossly excessive annual increases in the tower lease. 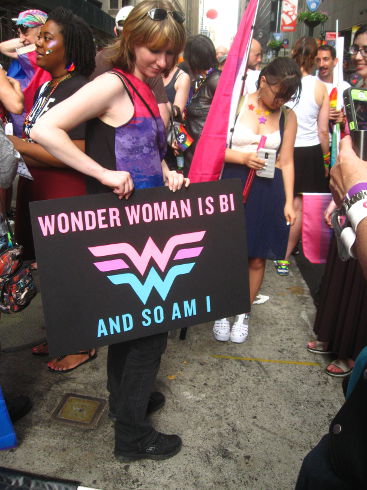 A Marcher in the Bisexual Contingent

This is our annual program where we talk about the Christopher Street Liberation Day March, which some call the Pride March. It is not a parade to some of us.

We will talk about our experiences with the march, and we'll digress into some ancient history, probably. This part of the Web page will probably get added to soon.