Oh, the DSL is down, my hard drive is not working right, and a huge chunk of Antarctica has broken off and is floating around. We plan to get to the below topics, plus more, on this radio program. check back for updates.

We had intended to talk about former WBAI producer Joyce West passing away on the last program. We ran out of time. We plan to talk a little bit about Joyce on this program. Joyce was a pal at WBAI. She produced mostly Arts programming and she did some children's programs at the station. She was a good person, and put up with a lot of the shenanigans many of us were involved in during the '80s. Joyce was 80 years old; she died of natural causes. She is survived by her brother Stanley, her children Kevin, Chris and Heather, and grandchildren Zachary, Zija, Sebastiaan, and Iris. She is missed by many of us.

We plan to talk a bit about Liu Xiaobo (December 28, 1955 — July 13, 2017) on this program. He was an activist in the so-called People's Republic of China. He won a Nobel Prize, was imprisoned for speaking out against the government and died in prison. 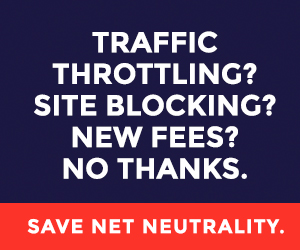 We plan to talk about the fight over Net Neutrality on this program. We posted this graphic on our front page for July 12. 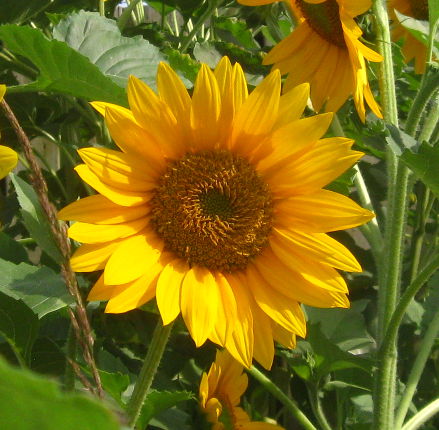 Yes, we have some heavy things to talk about on this program, but we also want to take time to at least look at, if not smell, the flowers. This is one of those rogue sunflowers down at Coney Island.