We're not sure if WBAI will be on this air this morning for our radio program. It wasn't on earlier in the morning, but then it did come on. Why is this happening? anyway, we'll try to cover the below topics and more on this program. 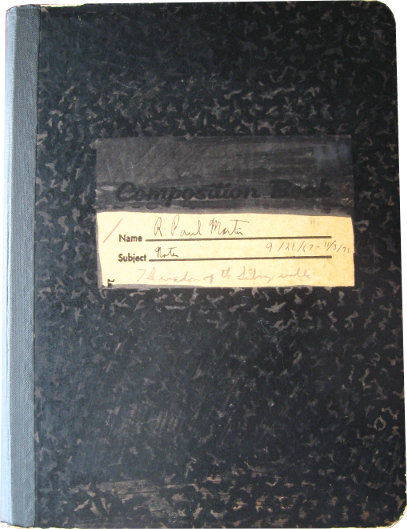 We plan to talk a bit about diaristic writings on this program. I am celebrating the 50th anniversary of my starting a notebook which I actually have kept.

We plan to talk about diaristic writing in general, as well as about my experiences with it. Here's a link to a famous diary from quite a while ago.

Lots of folks do it, and some say it's a great thing to do, others condemn diaristic writing. We'll cover what we can of this topic. 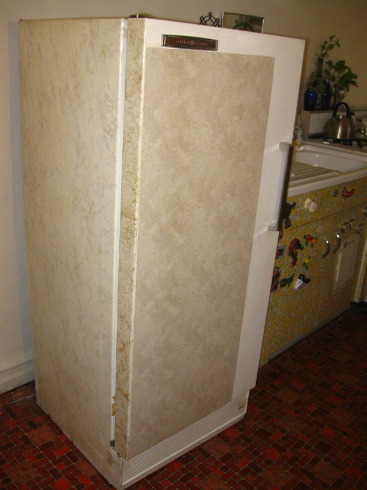 We finally got our old refrigerator replaced this past fortnight. Here you can see the ancient thing after Pickles of the North took all of our extensive collection of refrigerator magnets, and just about anything else we have that'll stick to a piece of steel, off it for its final cleaning.

We are not at all sure of the age of our old refrigerator. It came into the apartment used, and, from the various features on it, it was from the '60s, or maybe even from the '50s. In addition, the interior light bulb was blown when we got it, and the light bulb couldn't be removed to be replaced. This old refrigerator came to us after the first refrigerator my male ex and I had failed. I think that was in the late '80s or the early '90s.

Pickles of the North put some adhesive shelf paper on the old fridge in the picture in order to cover up some of the gouges and deformities in it. I was able to live with such stuff, she has a more normal attitude toward manifestations of technological decrepitude.

The replacement refrigerator is much more modern, and it has a working light bulb in it. So far it looks to be a frost free type of refrigerator. Well, that will be a good change. We have had decades of having to defrost our ancient refrigerator.

Autumn is here. Well, the Sun will set today at 6:51 PM (ET) in Brooklyn. The Middle third's wonderful sunsets that all took place after 7:00 PM (ET) are over for 2017. We won't see a sunset after 7:00 PM again until some time next March. Well, we'll have to hold out until then.