We plan to get to the below topics and more tonight. We're lucky to all be here now, thanks to what a Soviet Naval Officer did in 1962. I hope to update this page one day.

The next WBAI LSB meeting is scheduled to be held on February 14, at a location to be announced. The meeting is supposed to start at 7:00 PM.

We plan to talk about Soviet Vice-Admiral Vasili Arkhipov (1926-1998) whose birthday will be on January 30th. Yeah, this is the guy who may have saved the world from nuclear destruction in 1962. 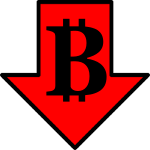 On a previous program we talked about Bitcoin, which is a cryptocurrency based on solving puzzles. We questioned the actual worth of such a currency. Well, in the past fortnight the alleged value of Bitcoin has dropped considerably. Maybe people are realizing what a silly thing it is.