Another early Spring program, and we're going to have to ask you to maybe log onto the WBAI Web site and become a sustaining member, called a BAI Buddy. We plan to get to the below topics, and we also will talk a bit about the good news that will save WBAI millions of dollars over the next two years. I hope to update this Web page one day.

We're supposed to be pitching for BAI Buddies, which is the name of the sustaining membership project here at WBAI. So if you'd like to give us at least one more BAI Buddy that can be credited to this radio program, we already have one, thanks Pat, please go to this Web page on WBAI's Web site and be sure to choose Back of the Book as the program you want to contribute in the name of. We hope that one or more of you can do this.

In the really good news department, the Pacifica Foundation, which owns WBAI, has reached an agreement with the Empire State Realty Trust that will allow WBAI to break its lease with the Empire State Building and move to a new transmitter site at 4 Times Square. Here is the press release and more details. 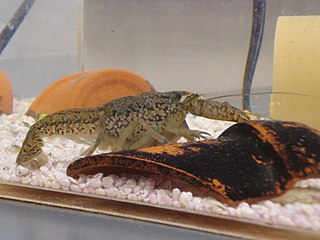 We plan to talk about the marbled Crayfish. This thing is a mutated crayfish that reproduced asexually, it makes cones of itself. They are proliferating in the wild in some places, and they are quite something.

On the day before what ought to be our next program, that is April 20, 2018, at 10:12 AM (ET) the northern hemisphere will enter mid-Spring. Let's hope that it doesn't still feel like Winter then. More about the seasons and sub-seasons here.