Well, we hope to get to the below topics and more on this radio program. We will have to pitch, however. So we'll certainly get to some of the below stuff, and we hope that our regular listeners will call in pledges and show that we have listeners. I am hoping to update this Web page some time soon.

The WBAI Spring 2018, 'thon is on. Management recently moved some programs around based on their evidence of having listeners, which is accomplished in the WBAI Managerial mind by how much the programs raise during these on-air fund raisers. I hope we raise some money for the station this time.

Now you can also go here and donate to the program. It brings you to the same Web page as above. Under the Support this show line there are options to become a BAI Buddy for this program, or to make a one time donation. Give it a try!

WBAI and Pacifica have been given a chance to survive because of a negotiated settlement with the Empire State Building, and the amount of money raised in this 'thon will be crucial for the station's survival. 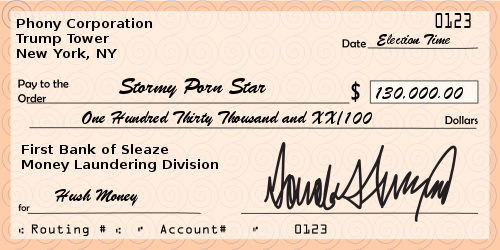 Jeez, that hush money payment is a current topic again? We plan to talk about Trump's lies, he's said opposite things at different times so he has to be lying about it, and we will relate that to other things, like his forthcoming negotiations with North Korean dictator Kim Jong Un. Can the guy who can't control himself with women and who can't even keep his lies straight successfully negotiate with a guy who needs to look like a strong dictator or else he may get deposed? One will be there with his ego on the line, the other may well be there with his life on the line. Trump talks about his great business deals, but he goes bankrupt so often that it's hard to know what's going on with his secret finances. The world cannot afford for these talks to end in nuclear bankruptcy. 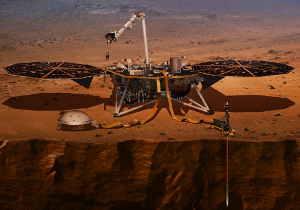 Artist's conception of the InSight lander on Mars credit: NASA/JPL-Caltech

At about 7:00 AM (EDT) today NASA should be launching the Mars InSight mission, which will attempt to gather information so that scientists can figure out what's going on in the interior of the planet Mars. Here's the NASA Web page on the mission, they have a link on that page which will allow you to watch the launch on-line. Some of us will probably not get home in time for this one.