Well, we're rushing to get out on time, and we'll have all sorts of things to talk about. We hope we can get it all in. And if you want to become a BAI Buddy for this program just follow the directions we'll give for that. I hope to update this Web page.

The next WBAI LSB meeting is scheduled to be held on Wednesday, August 8, at a location to be announced. The meeting is supposed to start at 7:00 PM. 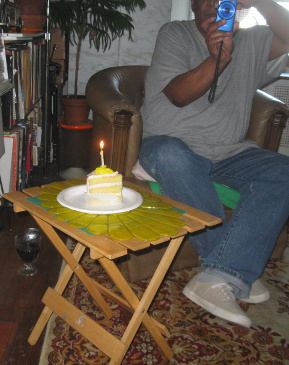 We had Uncle Sidney Smith over the other day for his birthday. Yeah, all of the Saddle Pals are getting old now. Beats the hell out of the alternative.

Okay, so they're asking one year olds if they understand the ramifications of being deported now? Surely the world is insane at this point.