They've changed the train schedules! We're rushing out. We're pitching, please help. Also, Pacifica has a new Executive Director. More later on the air, and I hope to update this Web page.

The next WBAI LSB meeting is scheduled to be held on Wednesday, November 14, at a location to be announced. The meeting is supposed to start at 7:00 PM.

The WBAI Fall 2018, 'thon is on. Management has moved programs around based on their evidence of having listeners, which is accomplished in the WBAI Managerial mind by how much the programs raise during these on-air fund raisers. I hope we raise some money for the station this time. 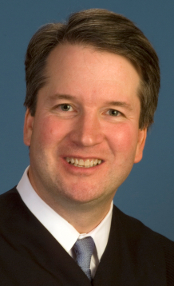 So, yes, I am going to call this Brett Kavanaugh creep Boof-Boy K, for a while at least. This guy is such a sorry excuse for any kind of judge.