We were so glad to see that the NASA Insight probe landed successfully and has started sending back images. We plan to talk about the latest travesties of justice coming from the Trump Administration, plus a lot more. We really do plan to cram some science into this radio program tonight. I'll try to update this Web page at a later time.

The next WBAI LSB meeting is scheduled to be held on Wednesday, November 14, at a location to be announced. The meeting is supposed to start at 7:00 PM.

So Manafort is going to jail, or maybe Trump will pardon him as a reward for keeping Trump informed about what Mueller is doing. Former Trump fixer Michael Cohen is also going to jail, he may not get a pardon for lying. It really looks like things may be coming to a head here. 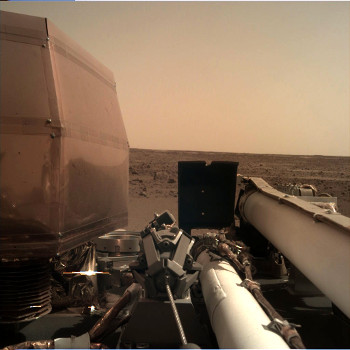 We watched NASA's Insight probe landing on Mars this past week. Oh, it was a nail biter. But it looks like everything has gone well. The whole thing is on Mars and is now taking photographs. There will be more to come from the Insight probe over the next several months.