We have to run out to catch a shuttle bus again tonight, so it's another big rush. We plan to go over the below topics and more on this program. We'll also be talking about the passing of listener and former LSB member Frank LeFever on this program. I'll really try to update this Web page within the next fortnight.

The next WBAI LSB meeting is scheduled to be held on August 14, 2019, at a location to be announced. These meetings are usually supposed to start at 7:00 PM.

F. Frank LeFever, we all called him Frank, passed away this past fortnight. He was one week away from his 88th birthday. Frank was a neuroscientist and had had a very interesting life. He was probably the most intelligent person who ever sat on the WBAI Local Station Board (LSB). It was through the LSB that I really got to know Frank. He had been a listener to our program when we were in the old time slot. He liked that we covered scientific topics on the air. We'll remember Frank on the air tonight.

There will be a memorial service on July 14th, at 4:00 PM at the Edward D. Lynch Funeral Home in Sunnyside, Queens. All are welcome to attend. Please contact the funeral home at (718) 784-1525 for directions. 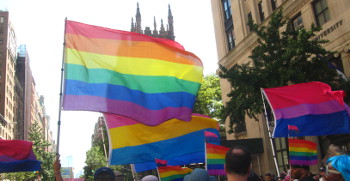 Flags at the CSLD march

Pickles of the North and I went to the annual Christopher Street Liberation Days march, aka the Pride March, the day after the last program. Oh, we were wrecked.

We did not rush too much to get there for the official noon assembly time. Good thing, too. We didn't get to start marching until about 2:30 PM. We'll give our impressions about the march which celebrated the 50th anniversary of the Stonewall Riots. Yeah, we have a few things to say. 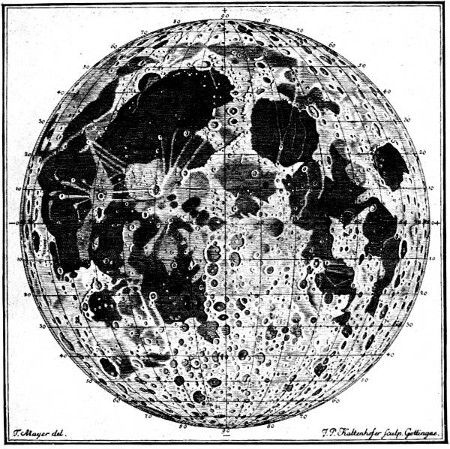 We'll both be talking about the Apollo 11 Moon mission that will have made the spectacular Moon landing 50 years ago next Saturday.

Pickles of the North will tell about her experience looking up at the Moon in the night sky while watching the landing on TV with her family.

R. Paul will tell about not knowing it was happening until he had lunch two hours after the landing had happened in the bright, tropical sunlight at the Ho Nai Railhead in the Republic of Viet Nam. No one around him even cared about it.

Pickles of the North will have a number of things to say about it all. She's been leading up to this point for months, bringing the topic of the previous Apollo missions to the air.