More transit complications this morning. We have a number of things to talk about on this program, and we are going to cover a topic or two that we had been wanting to cover but had not had the time to do because we had to pitch on some previous programs. I plan to update this Web page in the near future, so check back for that. 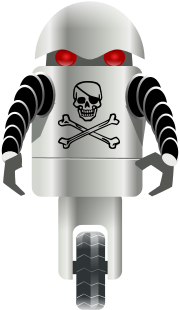 This May Not Be Science Fiction

We plan to talk about the initiative some people are taking to head off the use of killer robots. This isn't some wacky thing that UFO nuts are talking to each other about, it's a real movement that is getting traction at the United Nations.

R. Paul will continue, probably conclude, the story of the fight against the people filming the movie Cruising in New York City 40 years ago. Yeah, we just couldn't find any audio of the WBAI coverage of these events.

At the conclusion of this program we will have completed doing 33 years of Back of the Book. If we have a program in two weeks it will be our anniversary program.