This is our fourth Pandemic Special, pre-recorded, program. It's very strange doing the program like this. It's supposed to be a free-form live radio program. Of course a pandemic can cause disruptions in a lot of people's lives, so we have to do what we can in a recorded format rather than live on the air. We talked about the below stuff and a little bit more on this program. We're hoping to make reading listener mail a more regular feature in coming programs. I will try to update this Web page.

The next WBAI LSB meeting is scheduled to be held on May 13, 2020, it will be held as a teleconference meeting, as the March 11, and April 8, 2020, meetings were because of the pandemic.

The LSB met via teleconference. People were elected to the Program Director Search Committee and non-LSB members were nominated for it. Oh, it was a bit of a rocky meeting due to the technical limitations of meeting via a certain service that has privacy and security problems. Before the meeting I had put out a written Treasurer's Report for all to read. 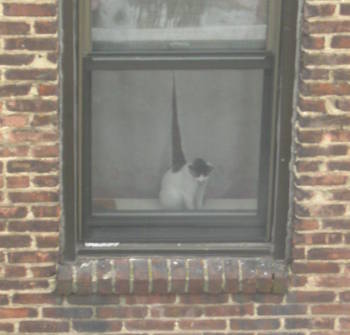 Of course we talked about the COVID-19 pandemic and all of the things around it that are changing our lives, and challenging our sanity in some cases.

That moron Trump has proposed that people somehow get bleach or disinfectants into their bodies in order to kill the virus. He was actually asking doctors about this. He said that since bleach and disinfectants destroyed the virus within a minute that this might be a good idea for a cure. He asked the doctors present to ask other doctors if this would be a great thing to do.

Of course this malignant narcissist thinks he's a great genius so he would imagine that he's thought of something new. Doctors, and almost everybody else over the age of five, knows that ingesting or innoculating these harsh chemicals would cause serious bodily damage or death, depending on how much a person got into themselves before they passed out from the experience. How stupid must one be not to intuitively know that these chemicals are poisonous and would kill a person? And this level of stupidity is what's running the most powerful county in the world right now.

We also talked about the social isolating phenomenon and how we're coping with it. The pussycat in the accompanying photograph is socially isolating and looking at a world it can't play in, as are we.

We talked about our refrigerator partially not working. The freezer works, the rest of it doesn't. The regular refrigerator part, where most of the food we want to preserve goes, can't chill anything lower than about 56° F. It's costing us money because we have to buy some things that won't perish, or buy things in small quantities that we can eat within one day. We're looking for a fix for this. Of course there may not be one.

And to make the pandemic even worse there are right-wing idiots who are trying to break the social distancing discipline and spread the SARS-CoV-2 virus. Some real jerks invaded the Michigan state house armed with semi-automatic rifles. Really, this is America these days?

One of our planets is missing! Well, maybe not one of our planets. We talked about the exoplanet Fomalhaut b which apparently never actually existed. Cosmic gremlins appear to have fooled the astronomers, until the trick was discovered.

It's the Middle Third! The Middle Third is made up of the four months in the middle of the calendar, May, June, July and August. I really like the Middle Third because there's plenty of sunlight, usually, and it's not cold out, usually. This year, of course, getting out into the nice weather, where the Sun sets after seven o'clock in the evening, is not easy. We're locked down, and it's looking like we maybe be in this situation for the entire Middle Third. R. Paul may have to wait for the release of a vaccine for COVID-19 before he can safely venture out into the big, wide world. And that vaccine may not show up for another 18 months! Well, we do have windows. We can look out on the world, what we can see of it, and see more sunlight and feel the warmer air wafting in through the screens. This will be a Middle Third to remember, all right.

We actually got around to reading some listener mail on this program. We plan to get to the mail again soon.