Once again I'm ready to pass out here. We covered the below topics and more. This Web page will have to wait till later this weekend for me to update it.

The next WBAI LSB meeting is scheduled to be held on October 14, 2020, it will be held as a teleconference meeting, as the seven previous public meetings were because of the pandemic.

The LSB meeting started at 7:16 PM (ET). The LSB went into executive session at 8:19 PM (ET), and the entire meeting ended at 9:53 PM (ET). The Report Out from this LSB meeting is, The WBAI LSB met in executive session to discuss personnel issues of a confidential nature and to adopt the recommendations of the Ad Hoc Management Evaluation Committee. The committee has now been discharged.

Part of why they'll be higher is because states and countries are re-opening all sorts of places that will spread the SARS-CoV-2 virus. And every place that gets a ways into re-opening starts seeing the number of cases rise, in some cases quite dramatically. Why do some people think that opening a bar is worth human lives?

Radio's Pickles of the North has devised a three week schedule for defrosting our formerly frost-free refrigerator. We're living with the fact that we just are not going to have a fully functional refrigerator until after this pandemic is over.

Pickles of the North also told about how her elderly parents are faring in Montreal, where there seems to be a resurgence of Covid-19. She noted that the disease has spread through old age homes in Quebec Province because the same personnel work at multiple old age homes. The workers pick up the disease at once home and bring it to others. And since they deal directly with the elderly people they infect many of them. She noted that the rules that were set up to fight the spread of the virus through the province were mostly just suggestions, with no enforcement. So the rules were widely ignored.

We mentioned that some idiot is smashing windows on subway trains wholesale, and the MTA has posted a photograph of the person whom they think is the main culprit. He has cost the MTA around $400,000 so far, and the MTA is running out of replacement windows. There's a reward out on this guy for $12,500. Other bad behavior we're seen during this pandemic include the motorcycle riders who start revving their engines at night, and who race through the less crowded than usual streets in the wee hours of the morning, making a great deal of noise. Motorcycle deaths are up so far for 2020. The general driving habits have deteriorated. People don't watch where they're driving and they seem to think that the traffic laws have been entirely repealed. 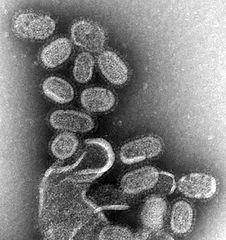 While we're on the topic of diseases, flu season is right around the corner. It is being predicted that having influenza and Covid-19 simultaneously would be a real invitation to disaster, for an individual. For that reason I decided to brave the streets that I've been romping through for decades, running the gauntlet of people who are serving as carriers of SARS-CoV-2, in order to not automatically get killed by either disease.

I had been sequestered for more than six months, since March 7, 2020, when Pickles of the North and I journeyed to the Brooklyn V.A. Medical Center to get me my flu shot. I had tried to get a free flu shot at a Target with a CVS pharmacy in it. The V.A. had put out literature saying that you could get a free flu shot there by showing your V.A. card. Well, when we tried that the people working there claimed to have no knowledge of this arrangement. So off we went to the V.A. Hospital. It was a bit strange to me, being out in the world for the first time in more than six months. Although we saw quite a number of people wearing masks we saw lots of people with not masks or with their masks under their chin, where they do not good. At the V.A. Hospital they had the spacing in the waiting rooms greatly increased over their usual cheek to jowl seating. The actual vaccination of the high potency vaccine, which is what old guys like me need, took very little time, less than a minute.

On our bus trips we encountered people not wearing masks, a dozen or so young girls from some religious school most of whom were wearing masks, but wearing they under their chins. We also spotted a guy walking along the street with his face mask strapped to his upper arm. We're hoping that we didn't catch anything from that outing. 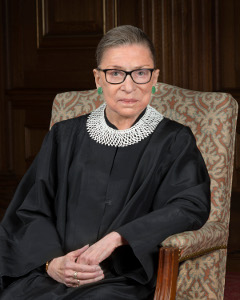 As we had been in the final stage of production for our previous program we had heard of the passing of Supreme Court Associate Justice Ruth Bader Ginsburg. She did great things in her life, and she fought for what she believed in. 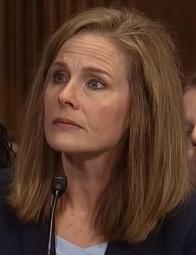 Unfortunately, her death gave President Trump the opportunity to really pack the Supreme Court by having gotten one third of it appointed.

Trump has nominated a crazy eyed fundamentalist Catholic to fill the Notorious RBG's seat on the Supreme Court. This Supreme Court looks like it will become so very right wing that it will reverse Roe v. Wade and a lot more. Many basic right looks like they could go out the window now. With a super majority they could reverse the Miranda Decision. They could even reverse Brown v. Board of Education, although I suspect that they'd try that one. Generations are going to suffer because of this.

One formerly popular mailing list is the NewPacifica mailing list. Founded October 31, 2000, this list has been moribund for a couple of years due to de facto censorship by the group owner. As of October 4, 2020, it had 678 subscribers coast to coast, but postings on it had become very infrequent. During the WBAI Coup of 2019, traffic picked up on that board again, for a while.