So we talked about the below topics and more on this program. The Supreme Court decision didn't come down until we were done recording this program and I was in the middle of editing it. We had predicted, along with just about everyone else, that Trump and Paxton would fail at the Supreme Court. Well, there's not much more he can even try to do in courts now. We did speculate on further shenanigans in the near future, however. The second wave of the Covid-19 pandemic is upon us, and there is a surge on top of that because so many people disregarded the CDC's warning about traveling for the long Thanksgiving weekend. I will be updating this Web page pretty soon, I hope.

The next WBAI LSB meeting is scheduled to be held on Wednesday, January 13, 2021, it will be held as a teleconference meeting, as the 10 previous public meetings were because of the pandemic. 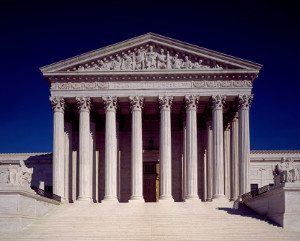 His Expectations Were Not Fulfilled

The Supreme Court told Trump, and that moron Attorney General of Texas Ken Paxton, to get lost. Unfortunately for us that decision came down after we'd recorded the radio program. We were saying that it was very unlikely that Trump and Paxton would get their way with the Supreme Court. Meanwhile Trump's other lawsuits continue to get thrown out of court. The Texas lawsuit has a background to it. The Texas Attorney General Ken Paxton admitted to violating Texas state securities law by soliciting investment clients for the firm of his friend and campaign donor while he was running for office. Though he was referring clients to his associate, he did not register with the state of Texas and later paid a $1,000 fine. And then, in 2015, he was indicted by a grand jury on three counts — two charges of securities fraud in excess of $100,0000 and a third felony charge for allegedly advising or representing investors without properly registering, according to booking records. An aspect of this ridiculous lawsuit is that Paxton is willing to take the heat for it, maybe because he hoped to really suck up to Trump and get a pardon for all of his crimes! Some of the charges are federal. Truth is stranger than fiction.

It is disturbing that 17 other states' Attorneys General signed on to the Paxton-Trump travesty. Also, over 100 members of the House of Representatives endorsed this attempt to nullify the votes of millions of Americans.

This Thing Has Killed So Many

The Covid-19 death roll rises, and it's rising at an alarming rate. We are definitely in the second wave of the pandemic, but were also seeing the results of a surge in cases caused by people ignoring the CDC guidelines to not travel for Thanksgiving. Hundreds of thousands of people traveled over that long weekend, and now some of them are clogging up the intensive care units of hospitals around the nation.

Covid-19 cases in the whole world reached 70,025,535 on Friday, and deaths reached 1,590,323. In America the number of cases as of Friday was 15,758,661 and the death toll in America was 294,056. So 15,973 people died of Covid-19 in America since our last program one week ago. The deathrate is accelerating. All of this can be laid at the feet of the Chinese Communist Party and President Donald J. Bonespur Trump. None of them will ever be called to account for their crimes against humanity, which is really too bad.

Meanwhile, former New York City Mayor Rudy Giuliani got sick with Covid-19 and got the same extraordinary medical treatment that Trump got, and which ordinary people have no hope of getting.

In better news, we talked about the vaccines getting approves and probably starting t get distributed later this month. We also talked about Trump doing things like telling the head of the FDA to approve a vaccine on Friday instead of Saturday or resign. This is guaranteed to make some people figure that there's politics attached to that vaccine instead of science. Fewer people will get vaccinated because of that concern.

I talked about the Sun setting at 4:28 PM (ET) now. These are the earliest sunsets of the year, and I fund them so depressing. The Winter Solstice will occur on Monday December 21, at 5:02 AM (ET) and the days will begin to get longer after that.