Oh, I've had a lot of stuff going on this past week. I've fouled up my E-mail, and I've had to replace hard drives, and I really needed to get more sleep than I did. We covered the below topics on this program. I'm hoping that I'll be able to finish writing this Web page soon. So check back and see if I managed tog et that done. 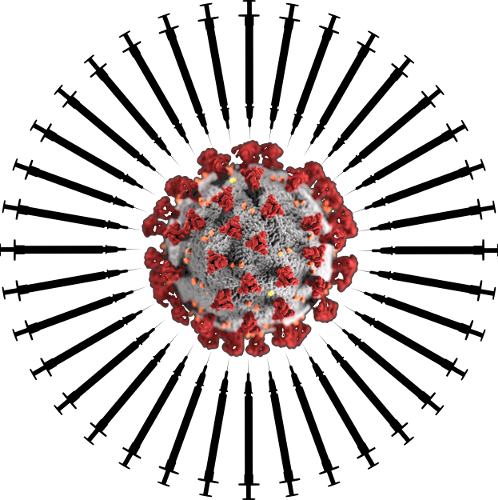 Now We Can Fight Back

Vaccines are on their way. We talked about the Covid-19 pandemic and our lives within a bubble as we try to avoid death from a historic disease. Between the time when we recorded this program and the time when it aired the FDA gave an emergency approval to the mederna vaccine. So now we have two vaccines that can be used against this disease that has killed more that 300,000 people in America as we go on the air.

And all of this can be put at the feet of the Communist Party of the si-called People's Republic of China and U.S. President Donald J. Trump. There should be trials for all of them in the Hague. Yeah, it'll never happen.

With more vaccines we should all be able to get out vaccinations sooner, and that should save some lives. R. Paul and Pickles of the North hope that it's saving theirs.

The Winter Solstice will occur this coming Monday December 21, 2020, at 5:02 PM (ET). Pickles of the North talked about the Solstice and its meaning to people through the ages. More on the dates of the seasons and sub-seasons can be found here. 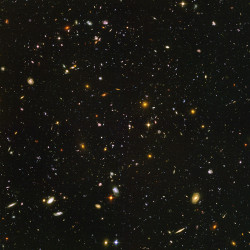 There may be another one of those strange things going on in the universe that scientists are being puzzled about and which may end up revealing something deeper, or not.

In the past, scientists have noticed little things in their data that have seemed not that significant, but which raised questions. And those questions have gone on to give rise to more research and then to, in some cases, a revolutionizing of astrophysicists' view of the universe.

Hipparchus measured the longitude of some bright stars. Comparing his measurements with data from his predecessors who'd lived hundreds of years earlier he found that the position of the star Spica was 2° different relative to the Autumnal Equinox from the value arrived at by his predecessors. Hipparchus' finding showed that the fixed stars were not as fixed as everyone thought they were.

From the late 19th Century to about 1933, scientists, concluding with Fritz Zwicky found that when they measures the motions of stars near the outer edges of galaxies they found that the stars were moving faster than they should. This gave rise to the theory of so-called dark matter.

In 1998, two teams of scientists were trying to measure the rate at which the expansion of the universe was slowing down. They found that it was in fact accelerating. People are still trying to account for this with what's being called dark energy.

The latest seemingly little thing that's being noticed is a measure of how bright the universe seems to be.

We've talked in the past about the New Horizons spacecraft which was launched on January 2006, and which flew past the no-longer-a-planet Pluto in 2015. The spacecraft has done a number of experiments since the Pluto flyby. One of the ones that didn't seem all that big a deal was one where the scientists were measuring how dark the universe is. Turns out it's a lot brighter than they'd expected. From a piece in the Science section of The New York Times by Dennis Overbye we read that a scientist named Tod Lauer who's with the National Optical-Infrared Astronomy Research Laboratory at Tucson, Arizona is saying that, "The universe is not completely dark" and he and the other scientists who did an experiment with the New Horizons spacecraft found evidence that empty space was about twice as bright as they'd expected it to be and they don't understand what this means. Since the spacecraft was just photographing distant Kuiper Belt objects the scientists used software to subtract the light of those objects from the photographs and looked at what was left. This is the most accurate of the background light of the universe yet done. The amount of light they recorded was approximately equivalent to what you'd see from a an open refrigerator a mile away.

There are a number of hypotheses about why the universe appears to be twice as bright as scientists expected it to be, including a technical screwup by the scientists themselves. The scientists only measured visible light in this experiment and now they want to measure how bright the background of the universe is in the radio, X-ray and infrared parts of the spectrum.

It's possible that if this data holds up we may be seeing yet another experiment that is going to drastically change how we look at the universe. Future research in this area could reveal new forms of matter, radioactive decays that hadn't been seen before or they might even reveal that there are a lot more stars and galaxies in the universe than the scientists think there are today. We'll keep watching this sky.