We got to the below topics on this program. That crazy person in the House of Representatives is quite a problem. And the so-called people's Republic of china gathering all of the information it's possible to get about individual Americans, including the DNA information so many Americans send to companies to get analyzed. The pandemic continues. I'll try to post some more about what we did on this radio program in a little while. 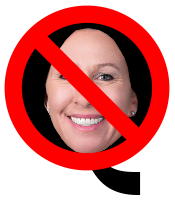 We had several things to say about that crazed QAnon follower Marjorie Taylor Greene. And this moron is in the House of Representatives. What's wrong with the people of Georgia's 14th congressional district? Do they really take her seriously or did they figure that they had to vote for whatever slop was doled out on the Republican ticket?

She was removed from her committee assignments for her racist, anti-semitic and violent postings on-line over the past few years. She gave a 10 minute speech on Thursday trying to wiggle out of it by saying that she renounced the things she'd said, well, some of them. She had said that the California wildfires last year were caused by flue lasers shot from space onto the dry grassland, and they were somehow Jewish lasers! I hadn't known that there was a Kosher brand of quantum superposition. Yeah, this nutty belief is another contribution of the QAnon cult to the nutcase rhetorical armamentarium.

Now that she has nothing to gain by any further dissembling she is again back to her crazy stuff. On Friday she refused to apologize for advocating violence against Democratic leaders, and saying that Nancy Pelosi deserves death for treason, and she's also said she's not sorry for harassing a teenage school shooting survivor. She apparently cut short a press conference she was giving on Friday when she was asked about her 2019, Facebook posting that called for House Speaker Pelosi to get a bullet to head. Really, this person needs to be completely removed from the legislature.

I'm hoping that I can get my vaccination pretty soon. I'm waiting for the V.A. Hospital to contact me about it. I registered with them for it weeks ago. Unfortunately, at this time I can't get a shot because I'm too young!

On 60 Minutes this past Sunday they had a piece about personal information and the personal health details of Americans, including DNA samples, being scooped up by the so-called People's Republic of China. They may take over health care in America, and what will they do to us then? They can generater quite a bit of leverage with everybody's health information, along with a lot of other information they have from snooping. And people pay to give away their DNA information to a company that will say it can tell them who their ancestors might have been!