The next WBAI LSB meeting is scheduled to be held on Wednesday, June 9, 2021, it will probably be held as a teleconference meeting, as the 15 previous public meetings were because of the pandemic.

The LSB passed three motions regarding something I can't talk about on the air or even on this Web site, for now. But you'll hear about it on the air at some point, just not from me - until later. Have you visited the official Pacifica Web site lately? Ahem. 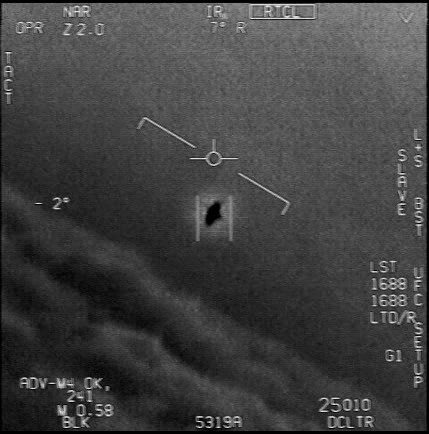 What The Hell Is That Thing?

When I was a kid I was fascinated by things like flying saucers. After a while I learned that they were to be called UFOs, Unidentified Flying Objects. I used to listen to Long John Nebel on the radio, and watched his short-lived TV show on WOR Channel 9 in the '50s. I found a lot of the tales told on Long John Nebel's shows very interesting. Sometimes, however, the people talking about UFOs and similar, unusual topics said things which even I, as a young kid who was intrigued by all of this stuff that I had never heard before, was skeptical about.

At one point when I was a kid I found one of the most publicized books on UFOs, it might have been Flying Saucers Are Real by Major Donald Keyhoe, in a pile on a table in a used bookstore in downtown Brooklyn. I saved up my allowance money for days to get that book. When I had enough money I went down to the bookstore again and was lucky enough to dig the book out of the pile again and I bought it. I read that book from cover to cover and I read it more than once. I believed every word of it. I found some other books on the topic of UFOs in used bookstores and I grabbed them when I could. I also found some magazine articles on UFOs. I never wanted to spend money on an old magazine, but for a reason I couldn't understand none of those particular magazines were available in the Brooklyn Public Library, so I ended up reading a number of UFO articles of varied worth in magazines in the used bookstores. Most of the bookstore proprietors didn't seem to care.

Well, fast forward to recent days. I'm not a young grammar school kid anymore, I'm an old man. I figured that all of the UFO stuff was variously frauds, hoaxes or delusions from people who had psychological problems. But then, a couple of years ago, the United Stated Government released some videos from high performance military jet aircraft showing them pursuing some odd looking objects. The jets couldn't catch the objects. They couldn't identify them either. These were real videos, released by the military, not some hoked up thing that was pretty obviously a fraud or hoax. My impression from watching one of these videos was that the object of interest might actually be an artifact of a glitch in the highly sophisticated radar systems that had recently been put into the American jet aircraft. And this past week 60 Minutes had a piece on about the Pentagon taking these videos seriously. The basic concern here is that if there was something other than an illusion caused by malfunctioning equipment then some other nation-state, probably Russia or the so-called People's Republic of China, must have built these very high performance aircraft that can out-fly the best American fighter jets. That's a good reason to be concerned.

Right now what these things in the videos are is an open question. I don't think anyone is seriously considering that they're alien spacecraft, but foreign aircraft using breakthrough technology, as well as aerial phenomena that have not been seen before, or at least not well understood, along with my idea that the radar equipment might be malfunctioning, are still all ideas in play with these things. I wonder what Long John Nebel wold have made of these latest developments? 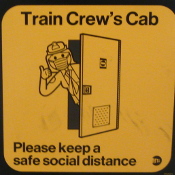 Pickles of the North and I got out of the apartment this past week, and I rode the subway for the first time since March 7, 2020. Unfortunately, it wasn't a trip for fun. My Cousin Betty died and we went to her viewing/wake.

We met my other cousin, who is the sister of my late cousin Betty, and Pickles and I talked with her for an hour or so. And then a guy came in to the room and asked my cousin if she'd like him to say some prayers. She agreed to that. I wonder how much she had to pay for this guy's Hail Marys and some other ordinary prayers? Anyway, I left when I knew that he was going to start the silly praying ritual. The guy asked me as I left, Are you not staying for the prayers, sir? I just said, Oh, no, and kept on walking. It was a good time to go to the men's room. Pickles, who stayed because she has more tolerance for these types of shenanigans, told me that the guy, who seems to have been an employee of the funeral parlor and not even a sky pilot, was pissed off that I'd walked out before his prayers had started.

Pickles and I skipped going to the actual burial because we were told that it was going to be the big religious ceremony of the day. A couple of other family members joined my cousin for that. My surviving cousin is in a wheelchair and can't move around well. I was told by the other family members that the entire thing consisted some religious ritual done outside the car my cousin was in with the window rolled down, and that it lasted about three minutes.

Well, it was sad that someone I've basically known all my life, she was eight months younger than I, had passed away, and that it was this event that was the reason for my first ride on the subway in more than 14 months and my getting out into a sunny day for the first time in so long.