So here's our first mid-Summer radio program of 2021. We covered the topics below and more. I will update this Web page in the near future, so check back for the update.

The next WBAI LSB meeting is scheduled to be held on Wednesday, August 11, 2021, it will probably be held as a teleconference meeting, as the 21 previous public meetings were because of the pandemic.

The LSB meeting was sort of the usual, with some grandstanding.

The Billionaire Boy$ Rocket Club is apparently done posturing, for the moment.

As we mentioned last time, Branson didn't get to space. He never got to the Kármán Line. That line is where a vehicle would have to travel faster than orbital velocity to get sufficient aerodynamic lift from the extremely thin remnants of atmosphere at that altitude to support itself. And this week Jeff Bezos took his penis shaped rocket up past the Kármán Line, but he's not going to get any astronaut bling.

This past Tuesday, the same day Bezos blasted off in his erectile rocket, the Federal Aviation Administration (FAA) approved a change in who can be recognized as being an astronaut. As of Tuesday anyone going high enough must demonstrate activities during flight that were essential to public safety, or contributed to human space flight safety, in order to receive the recognition as an astronaut.

Well, okay. Before Tuesday anyone who got higher than 50 miles above sea level was considered to be an astronaut by the United States. It's interesting that they let Branson get in under the wire but have now stopped Bezos. And all of this is so phony anyway. 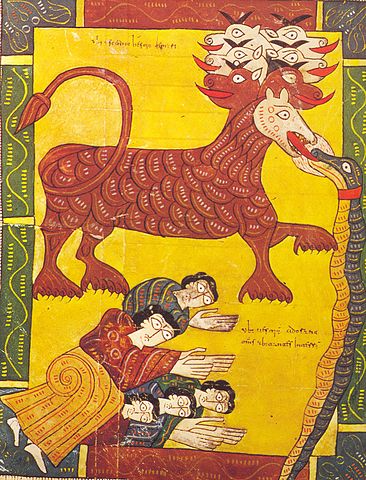 Silliness From the Book of Revelations

A discrimination suit was reportedly filed last month by one Henry Harrington of Minnesota. He's alleging workplace discrimination on the basis of religion. He was fired from a debt collection agency because he refused to get finger printed, which is a part of the bonding process. Reportedly the U.S. Equal Employment Opportunity Commission is taking AscensionPoint Recovery Services to court on behalf of Mr. Harrington, who cited religious reasons for not wanting to be finger printed. The suit alleges that the company should have looked for a way to accommodate Harrington's Christian beliefs in accordance with the Civil Rights Act of 1964. EEOC attorney Gregory Gochanour says An employee should not have to choose between his faith and his livelihood. So apparently Mr. Gochanour wants to give everyone who has some wacky, superstition-based belief the right to impose their crazy fixations on everyone else.

You don't have to go very far down that road before you are required to stone non-believers to death, and everyone is ma non-believer in some damned superstition. We also pointed out years ago entire books were published that showed how slavery was countenanced in The Bible. And it is! Meanwhile these dame superstitionists demand to be able to discriminate against others in terms of hiring, public accommodation, etc. How much nonsense from delusional people are we supposed to accept as normal in this country?

Other wacky superstitionists have done this in the past. In 2018 a Pennsylvania school bus driver settled a lawsuit with her employer after claiming that the "mark of the beast," allegedly caused by finger printing, could stop her from entering Heaven as per her understanding of the Bible's Book of Revelations. School employees working with children must pass a criminal-background check including mandatory finger printing. The Book of Revelations is insane. And one Beverly Butcher Jr. was handed $586,860 in 2015, because he refused to submit to biometric hand scanning as a security measure at his job due to this "mark of the beast" nonsense!

I think that this is discrimination against everybody else. We need freedom from religion!