This was our 35th anniversary program. We talked a little bit about the program itself and it's history. We also talked about the pandemic and that atrocious Texas anti-abortion law. I will update this Web page in the near future, so check back for the updates.

The next WBAI LSB meeting is scheduled to be held on Wednesday, September 8, 2021, it will probably be held as a teleconference meeting, as the 26 previous public meetings were because of the pandemic.

The LSB meeting was sort of the usual.

According to the Johns-Hopkins Web site Covid-19 cases in the whole world reached 219,473,393 on Friday, and global deaths reached 4,547,932. In America the number of cases as of Friday was 39,640,020 and the death toll in America was 644,468, so 10,119 people have died of Covid-19 in America since our last program one week ago. The death rate in America is up again and this has become a pattern over the past couple of months. We're back in the bad old days. Areas with a lot of unvaccinated people are supplying the victims of most of the deaths. Intensive Care Unit beds in those areas are somewhere between hard and impossible to find. By the time this program airs on Saturday morning all of those figures we quoted will be higher of course. I'll say again, this was all mostly preventable.

We've had more instances of people denouncing the vaccines and mask wearing and then dying of Covid-19 this past week. Robert David Steele went on right-wing radio programs calling COVID-19 a hoax. I will not take the vaccination, though I did test positive for whatever they're calling COVID today, he wrote in his blog on August 17. He then said, The bottom line is that my lungs are not functioning. The good news is that I will survive with a few days off. Maybe he thought he could live with lungs that didn't function. In fact Robert David Steele died from COVID-19. Also, three of the right-wing radio hosts who have been anti-vaccination, including one fool named Marc Bernier, who actually called himself Mr. Anti-Vax, have died in a little over a week. Texas anti-mask Freedom Defender Caleb Wallace died at 30 of COVID-19 last Saturday. He was the leader of a group of self-described Freedom Defenders who were against mask restrictions.

Florida Governor Ron DeSantis is setting about trying to sicken and kill the children of his state. He's outlawed mask mandates in the state. With school just starting in the state some school districts have taken the risk of defying his executive order and are mandating that all teachers, Staff and students at their schools weak masks. DeSantis has retaliated by withholding the salaries of those involved in making that decision. There are rumors that DeSantis wants to run for the Republican nomination for President in 2024, if his idol Donnie Bonespur Trump declines the nomination. I guess he'll tout his death toll in the state, and especially the number of school age children who have been sickened or died during his term as Governor. Meanwhile the Justice Department is looking into the legality of his executive order banning mask mandates. This character is going to leave some legacy.

It's Labor Day weekend. The CDC has advised people not to travel this weekend. I wonder how that's going to work? Will we see yet another surge two weeks from now? 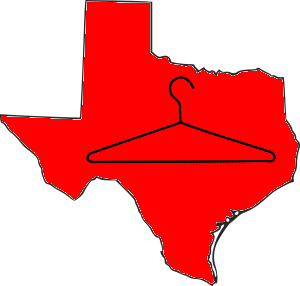 We talked about the new Texas attack on women's reproductive rights. The Texas legislature passed their infamous Senate Bill 8 (SB8) this past week. The wording of this law is devious. It bans a woman from getting an abortion more than six weeks after her pregnancy begins. Most women don't even know they're pregnant at the six week mark. This law also empowers anyone in the United States to file a lawsuit against anyone in Texas whom they claim aids or abets the provision of an abortion rather than having authorities enforce the ban. And those people can get $10,000 out of the lawsuit. This means that if someone drives a woman to an abortion clinic they can be sued under this law. I've read that it's possible that even donors to nonprofit groups that advocate for abortion rights or assist women in paying for the procedure could also be sued under this law. I guess it remains to be seen if someone who advocates for women being allowed to get an abortion or donors to organizations can really be successfully sued. It sounds like this would violate the First Amendment, but maybe the right-wing majority on the Supreme Court will vote down the First Amendment, too. There are a number of very bad aspects to this stupid, biased law.

The Supreme Court was petitioned to issue a temporary injunction preventing the law from being enforced. The Justices didn't do anything for a full day after this emergency relief was sought. And then, late Wednesday night August 1, they voted 5 to 4 to not bother, saying that they were making the ruling based on a technical issue.

Chief Justice John Roberts joined the court's three sane members Sonia Sotomayor, Elena Kagan and Stephen Breyer in dissent on that vote. Right-wing Justices Samuel Alito, Brett Kavanaugh, Amy Coney Barrett, Clarence Thomas and Neil Gorsuch constituted the majority. Justice Sonia Sotomayor, in the written dissent, described the Texas law as a Breathtaking act of defiance of Supreme Court precedent and of women's rights. She wrote, The Court's order is stunning. Presented with an application to enjoin a flagrantly unconstitutional law engineered to prohibit women from exercising their constitutional rights and evade judicial scrutiny, a majority of Justices have opted to bury their heads in the sand. President Biden said in a statement that Texas' new abortion ban Blatantly violates the constitutional right established by Roe v. Wade.