This program is being broadcast on the day before Halloween. Pickles of the North did a segment on Halloween, Samhain and a CBS radio broadcast on this day in 1938, that got a lot of press. We talked about this shell game with Facebook changing its corporate name to META, just at the time when the bad behavior of the people who've run Facebook is getting heavily documented. I plan to post some more to this Web page too, so check back for the updates.

The LSB meeting featured lots of hijinks with people trying to get a very badly put together motion pushed far up on the agenda. They failed, but they are up a lot of time in the failing. I think that much of it was simply electioneering. And at this time the 2021, WBAI elections are over. That's a good thing. We hope that none of you voted for the so-called Justice & Unity Campaign. 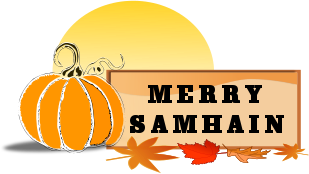 Pickles of the North talked about Halloween and the evolution of the Celtic Samhain festival into today's gleeful dress-up holiday.

She also talked about The Mercury Theatre on the Air radio adaptation of H.G. Wells' 1898 novel on the night of October 30, 1938. She read some of the mail that the Mercury Theatre repertory company, and Orson Welles, who produced, directed and narrated the program, got in the aftermath the broadcast. Our program opened with some excerpts from that broadcast. We talked about the real life scary things that were going on in the Autumn of 1938. 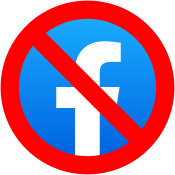 Glad I'm Not On It

I had been hoping they'd rename it Flat Affect Book or maybe even Assbook or Buttbook. But in order to distract from their current difficulties, caused by a whistle-blower who has leaked a lot of internal documents showing that Facebook is officially trying to be bad, and thereby making huge amounts of money, they are now talking about creating something Zuckerberg calls the metaverse. One person on Twitter tweeted, that META stood for Mark Evading True Accountability.

The documents that have been released show that Facebook officially knew that girls and young women were especially harmed by some of the things posted on Facebook and Instagram, which Facebook, now META, owns. Facebook also knew that hate speech generated anger and made people stay on Facebook for longer periods of time and allowed more advertising to be displayed to them. And that's the main way that Facebook, and now META, makes money. And of course Facebook invades your privacy terribly. That's why I've resisted going on Facebook and will continue to avoid getting sucked in by any of the META products.