All right, we've had a number of things going sideways as we've been preparing this Web page. I'll be updating it as soon as I can. We covered a lot more than one topic on this program.

The next WBAI LSB meeting is scheduled to be held on Monday, November 29, 2021, it will probably be held as a teleconference meeting, as the 29 previous public meetings were because of the pandemic. This will be an executive session meeting, and so will be closed to the public. This will also be the last meeting of the Eleventh WBAI LSB, although arguably the Delegates Assembly of December 8, will be the truly final meeting of the Eleventh WBAI LSB.

The LSB meeting occurred more than a week after the Pacifica/WBAI elections were over. So there was no posturing for the sake of an imminent election.

Some years ago the WBAI LSB voted to hold its regular meetings on the second Wednesday of every month, subject to change by the LSB, with the vote to hold an executive session and a Delegates Assembly we have the following schedule:

All of these meetings are set to begin at 7:00 PM. Yes, the two meetings of the Delegates Assembly and the new LSB are scheduled for the same time. Yeah, details. The Twelfth WBAI LSB will be seated at some time on December 8, 2021. 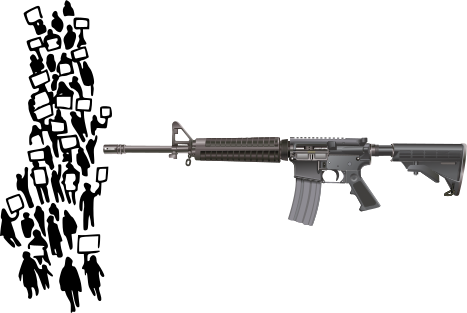 What Does This Portend for Future Demonstrations?

So weepy gun punk Kyle Rittenhouse has gotten away with murder. Pickles of the North predicted this based on her reading of the behavior of the judge. Really letting the defendant pick the jurors? She had the judge and jury pegged days ago.

Now we have this court decision that is going to inform other creeps who want to hurt people. Creeps who can't stand that others are expressing their First Amendment rights. Adolescent boys with fantasies of being a comic book hero can now walk about in states that have lax gun laws and threaten demonstrators and point guns at them. Surely enough of that sort of behavior and you'll have more shootings.

When Trayvon Martin's killer George Zimmerman got off that was terrible. He clearly brought a gun into a situation that didn't warrant it, the police had told Zimmerman not to follow Trayvon Martin that Winter evening, but Zimmerman pursued him anyway. It has always looked to me like Zimmerman was just looking for a fight, or even an excuse to shoot someone he didn't like on sight. Zimmerman knew that he had a gun and that he would probably win any fight. We don't know exactly what the specific events of the killing of Trayvon Martin were, but we have multiple videos of Rittenhouse pointing that rifle at people and clearly looking for trouble.

This isn't the first time someone has gotten away with murder by a court decision, but this decision may have very serious consequences for demonstrations, and demonstrators, in those states with lax gun laws. Really, you're allowed to walk around in a densely populated area with a locked and loaded semi-automatic rifle when you're 17 years old and that's just fine? We will probably have more to say on this issue of the consequences of this verdict on the next program.