It's been a long day and night. I've put in something about a couple of the topics we covered on this program. I plan to update this Web page with more as soon as I can. So check back for updates.

The next WBAI LSB meeting will be held on Wednesday March 9, 2022, at 7 PM on ZOOM, even though ZOOM compromises privacy and security. This meeting will be held as a teleconference meeting, as the 33 previous public meetings were because of the pandemic. We had an LSB meeting on Tuesday, February 1, it was in executive session. The report out is that The WBAI LSB discussed personnel issues of a confidential nature and forwarded a list of candidates to the General Manager.

The WBAI LSB met on Wednesday, February 9, 2022, as both the LSB and as a Delegates Assembly. We elected WBAI's members to some of the Pacifica National Board committees at that meeting. LSB members are currently engaged in voting for the contested seats.

Before the February 9, meeting I had put out a written Treasurer's Report for all to read.

On our last program we talked about 4,000 city workers were facing termination of their jobs over their refusal to get vaccinated against COVID-19. This was a Mayor DeBlasio mandate and when Mayor Adams took office he said he'd enforce that mandate. So it is being reported that last Friday, after we were done recording the radio program for airing on Saturday morning, 1,430 municipal workers got fired from their jobs for not getting vaccinated. Apparently among the 4,000 unvaccinated city workers there was a sudden, last minute rush to get the injection. So 2,570 city workers decided to keep their jobs. The New York City municipal workforce has about 375,000 people in it, so the 1,430 refuseniks is not a large percentage. It's 0.38%. Unvaccinated people are much more likely to die from COVID-19 than vaccinated people are, and more than 540 million doses of COVID-19 vaccines have been administered in the U.S., and serious side effects are very rare. 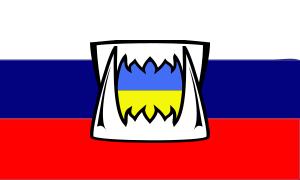 Will It Come To This?

This program was recorded on Friday, February 18, 2022, and at that time everyone was guessing about whether or not Russian Dictator Vladimir Putin was going to invade Ukraine really soon. As we did the recording the number of troops Putin had surrounding Ukraine was estimated to be about 150,000. If the Russian combined arms move on Ukraine they will surely be able to conquer it, but they will also devastate the country in the process.

We noted that Putin has been cited as being enormously wealthy. He is estimated to be worth over $200,000,000,000. When we talk about the awful behavior of billionaires we need to remember to count Putin in on that.

With all of that money I wonder if even threats to Putin's personal fortune, something that frightens most rich people, would be a deterrent. He can't really spend that much money in his life, so if he were reduced to a mere $10,000,000,000 he might figure that he's all right, and has hurt lots of people into the bargain, something which I think he enjoys doing.

We'll all just wait and see what the next week or two bring.