We covered the below topics and more on this program. Spring starts tomorrow morning! Yeah, some good news. I plan to update this Web page and I hope you'll check back for those updates. 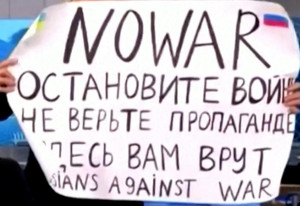 We talked about the Russian invasion of Ukraine. Marina Ovsyannikova, an employee of Russian state television Channel 1, had had enough of the station's coverage of the war. So last Monday night during the 9 PM news on Channel 1 called Russia Tonight she jumped on camera behind the anchor during a Russian TV news broadcast holding a sign that said NO WAR in English at the top and, Stop the war. Don't believe the propaganda. They're lying to you here, in Russian. And her sign also had drawings on the Russian and Ukrainian flags. She was arrested and, so far, is only supposed to be subject to a fine of about $280. But calling it a war is a crime in Russian now and that could get her five years in prison. At some point in the future she may well have to deal with that charge too.

Ms. Ovsyannikova also posted a video on-line in which she said Unfortunately, for the last several years I worked at Channel One, promoting Kremlin propaganda and for that I am very ashamed right now... I am ashamed that I allowed lies to be told from TV screens, that I allowed Russian people to be zombified. We stayed quiet when all of this was just getting started in 2014.

Recently the group Anonymous hacked some other Russian TV broadcasts to post anti-war messages, which the Russian people are not being allowed to see or hear about by dictator Vladimir Putin's government. 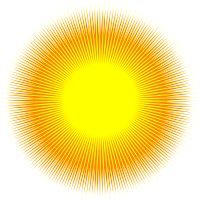 Daylight Saving Time arrived in the wee hours of last Sunday morning. I like the improvement. The Sun is setting after 7 PM. And at 11:33 tomorrow morning Spring will arrive! I'm looking forward to that. If the latest COVID-19 variant doesn't cause a surge I might even get out of the apartment some time this Spring. I have a chart of the seasons here on this Web site.

Deaths Down by Half

According to the Johns-Hopkins Web site COVID-19 cases in the whole world reached 466,771,069 on Friday, and global deaths reached 6,069,002. In America the number of cases as of Friday was 79,705,070 and the death toll in America was 970,554 , so 4,034 people have died of COVID-19 in America since our last program one week ago. This week's death rate is less than half what it had been last week. More than 4,000 deaths a week is still quite a few though. The pandemic is not over. The BA.2 sub-variant of the omicron variant is raising the rate of infections in Europe and the United Kingdom significantly, and this variant is already here in the United States. Will we see a COVID-19 surge in the next three weeks?

Study results from Canada's McMaster University in Hamilton, Ontario, done with nearly 1,400 test subjects at risk of severe disease if they caught COVID-19 reacted similarly to placebos and the deworming medication ivermectin.

There was no indication that ivermectin is clinically useful, said Dr. Edward Mills, who was one of the study's researchers.

The FDA said last year that ivermectin showed no benefits in clinical testing and could be dangerous in large doses. Various right-wing celebrities from Joe Rogan to Fox News media hogs were pushing ivermectin, including some promoting use of the animal-grade version that the FDA found itself having to push back against through its own messaging. The FDA ran an ad that said, You are not a horse. You are not a cow. Seriously, y'all. Stop it.

In September National Institute for Allergies and Infectious Disease director Anthony Fauci said Don't do it. There's no evidence whatsoever that (ivermectin) works and it could potentially have toxicity.

And of course people using ivermectin with the delusion that it will prevent or treat COVID-19 are generally not using the safe and effective vaccines designed to actually address COVID-19 which has killed over 970,000 Americans.