Here are some of the major topics we talked about on this program. I plan to add a little bit more to this page soon. So check back for updates.

The next WBAI LSB meeting that you can listen to and maybe even participate in will be held on Wednesday June 8, 2022, at 7 PM on ZOOM, even though ZOOM compromises privacy and security. This meeting will be held as a teleconference meeting, as the 36 previous public meetings were because of the pandemic.

The WBAI LSB met on Wednesday, May 11, 2022. There was the usual posturing from the usual practitioners, multiple members who couldn't figure out what was going on, revelations of a $300,000 judgment against WBAI and tales of the IRS grabbing six figures out of some Pacifica bank accounts.

Before the May 11, meeting I had put out a written Treasurer's Report for all to read. 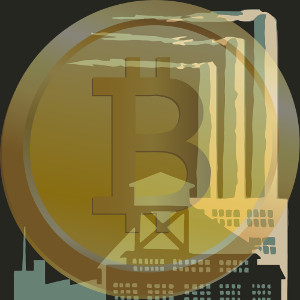 Early Friday morning the New York State legislature passed a bill that will temporarily halt new large-scale cryptocurrency mining operations in New York State. The Assembly passed this bill back in April, the State Senate surprised some by passing it in the wee hours of Friday morning by a vote of 36-27. It had been looking like it was dead, but at the last minute the votes for it showed up after a lot of calls for its passage by environmentally active New Yorkers. It now needs Governor Hochul's signature to become law.

So-called mining for cryptocurrencies uses up an enormous amount of energy to power the computers that run the mathematical programs that create new cryptocurrencies, like Bitcoin. An article in Scientific American says, These tasks require enormous energy: in 2021 mining a single Bitcoin required enough energy to power an American household for nine years.[1] What some groups have been doing is gaining control of defunct power plants and devoting the entire plant's energy to powering the cryptocurrency-mining computers.

Several months ago the so-called People's Republic of China was kicking cryptocurrency mining operations out of that country. At that time one of the largest organizations doing the mining said that they were going to relocate their operations to the United States of America. This new legislation only applies to new permits or renewal permits for power plants and it requires the Department of Environmental Conservation to issue a generic environmental impact statement after the close of the public comment and a public hearing period. Environmentalists are glad that this legislation has been passed and are urging the Governor to sign it into law right away. Meanwhile the Blockchain Association, which represents the blockchain and cryptocurrency industries, vowed to continue fighting the measure and called on Governor Hochul to veto the misguided bill. The Blockchain Association also issued a statement that said, We encourage all pro-tech NYers to make their voices heard and ask the governor to veto. It is being reported that there are 30 power plants in New York State that have been repurposed to mine for cryptocurrencies.

Some Think the Pandemic is Over.

White House chief medical adviser Dr. Anthony Fauci said this week that, We're going to be dealing with this virus on a chronic basis. We really hope … it will reach a level low enough that it doesn't disrupt us to the extent that it has over the past couple of years. COVID-19 case numbers have been increasing nationwide over the past couple of weeks, and average daily case numbers in New York City have nearly doubled. Dr. Fauci said that all Americans can expect to get regular boosters in the future, just as some of us do with the influenza vaccinations. 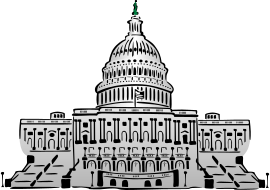 The prosecution of the January 6, insurrectionists continues. A guy named Timothy Hale-Cusanelli who allegedly has ties to Neo-Nazism in America was convicted of five counts against him this past week. This rocket scientist's defense was that he didn't know that Congress met in the Capitol Building. He said that he had some familiarity with the building that he and others who had listened to Trump's rally on January 6, 2021, invaded in an effort to stop the certification of the 2020, election, but according to CNN, he didn't know specifics. Mr. Hale-Cusanelli is reported to have said in his defense that, I thought there were several buildings called Capitol building, I did not realize that Congress met in the Capitol. During the trial he did admit that he had taken college classes in American history and understood the function of the Electoral College. Hale-Cusanelli had also sent out text messages in which he made anti-Semitic claims that Jews were controlling President Biden. Hale-Cusanelli will be sentenced in September.

Another insurrectionist who had attacked the Capitol after attending Trump's rally former Proud Boys leader Henry Enrique Tarrio will remain in jail while awaiting trial. He had asked to be let out on bond, but U.S. District Judge Timothy Kelly ruled that Tarrio had very strong evidence against him and that he presents a danger to society that should keep him in custody at least until his hearing takes place. Tarrio hadn't gone to the Capitol Building that say because he was in jail on a charge of burning a Black Lives Matter flag and bringing ammunition to Washington, D.C. Tarrio was sentenced to over 5 months after he was convicted on those charges. Prosecutors are charging Tarrio and the others of using various electronic communications to coordinate an assault on the Capitol while Congress was in session. Tarrio had met with Stewart Rhodes, who heads the Oath Keepers militia group. Rhodes has been charged with seditious conspiracy. Tarrio himself is charged with conspiracy.