The WBAI LSB met in executive session this past Tuesday night August 2, 2022. We voted on a report out but I don't see it posted and I don't want to say what I think the report out should be. We have until 10 days after the meeting to post that, so I'm sure it'll get posted before the next program. I will say that things that were not at all confidential were discussed at this meeting.

The WBAI LSB met on Wednesday, July 13, 2022. At times it was a bit comical. There was a big dispute about a letter that some said held secret information, although the information had been on the Internet, including on the LSB's own public mailing list, for a while. Some people didn't want it read, others did. The LSB voted that it was indeed in order to have the letter read, but the time had run out and we had to go to Public Comment so the LSB members coudn't read the letter aloud at the meeting. In the end various listeners read the letter aloud as part of Public Comment.

Before the July 13, meeting I had put out a written Treasurer's Report for all to read. 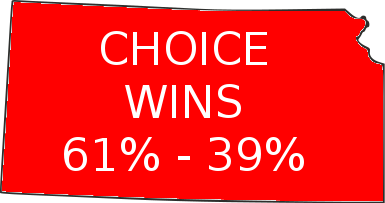 We talked about how we were glad to hear early on Wednesday morning that the state of Kansas had voted to retain that part of the state's constitution that protects a women's right to choose an abortion. After a couple of days of counting the final vote tally appears to be vote 61% voted to keep the state's constitutional right to an abortion while 39% voted against it. The turnout for this referendum was especially high, about 95% of all eligible voters in Kansas turned out for it.

It's well known that about two thirds of Americans favor keeping a women's right to an abortion legal. The Kansas vote reflects that proportion. It remains to be see if other states will have referenda on the abortion issue. The right-wing might be a bit shy about trying that now.

According to the Johns-Hopkins Web site COVID-19 cases in the whole world reached 582,621,631 on Friday, and global deaths reached 6,414,706. In America the number of cases as of Friday was 92,077,188 and the death toll in America was 1,033,421, so 3,565 people have died of COVID-19 in America since our last program one week ago. That's more than 400 more deaths than the previous week. The pandemic is not over, even though a lot of people are behaving as if it were. Biden recovered and then had a relapse. Apparently this Paxlovid stuff does that in some cases.

In another vote on Tuesday, voters in Jamestown Township, Michigan voted to defund the Patmos Library over its refusal to remove LGBT+∞ material from its shelves. The vote was about what's called a property tax millage and 1,905 people voted against the millage, and only 1,142 voted for it, so that property tax money will not go to the library. The library will now lose 84% of its $245,000 budget and the library's board president, said that without that tax revenue, Patmos will likely run out of money late next year. This township voted for Trump for president in 2020, by a margin of 76% to 21%.

A group calling itself the Jamestown Conservatives wanted the book Gender Queer: A Memoir taken off the shelves. The book was written by Maia Kobabe, a nonbinary and queer author and illustrator from California. The book has won awards and was described in a review in the School Library Journal as A great resource for those who identify as nonbinary or asexual as well as for those who know someone who identifies that way and wish to better understand. So anti-gay right-wing bigots hold sway in that little place. Too bad for the kids. Maybe the kids will find out about the real world in some other way now.