It's Saturday morning, January 21, 2023, 06:58, and I've updated this Web page with a link to the archive of the program and a piece about it being Mid-Winter. More to come. The original top of this page follows the arrow. ⇒ A big part of this program was a Pickles' Pick, which is a segment of a past Back of the Book radio program that radio's Pickles of the North thinks would be good to air again. This one involved R. Paul's adventures with fishing in his youth. We also talked about former WBAI producer Bill Farrar passing away at age 82. We talked about the pandemic, of course. We also noted that Donnie Bonespur Trump got smacked down and fined nearly a million bucks, along with his lawyer, for his attempts to use his money and access to so many lawyers that will do what he tells them to, no matter what, to attack his political enemies. We have some more to add to this Web page, so check back for the updates.

The WBAI LSB met in open session on Wednesday, January 11, and began to hold elections for Directors of the Pacifica Foundation. We also had a lot of posturing by some people. I gave a Treasurer's Report.

Before the January 11, meeting I had put out a written Treasurer's Report for all to read. 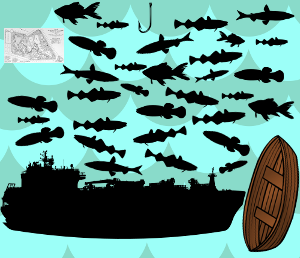 We Told A Fish Story

We aired another Pickles' Pick on this program. This was from long enough ago that we think that most listeners will never have heard it. Pickles thought that it was rather amusing in parts. We hope our current listeners do too. It involves fishing in Prospect Park, Lower New York Bay and on the fringes of the Atlantic Ocean.

According to the Johns-Hopkins Web site COVID-19 cases in the whole world reached 668,551,701 on Friday, and global deaths reached 6,737,581. In America the number of cases as of Friday was 101,976,141 and the death toll in America reached 1,103,778, so 3,989 people have died of COVID-19 in America in the last week which is hundreds more deaths than had occurred in the previous week. The pandemic is not over. Pickles of the North and I are still keeping our masks on. We've both gotten our bivalent vaccinations. We are not among those who are saying that getting a COVID-19 infection is like getting a cold.

Former WBAI producer Bill Farrar passed away this past week, he was 82. Bill did a jazz show here at WBAI. Among other things he taught English at Wingate High School in Brooklyn where my male ex also taught English and reading. They were surprised to see each other in the halls at WBAI in 1979, or '80. Bill was a bit surprised when he found out that my male ex was a member of the WBAI Gay Men's Collective which was producing Gay Rap which was billed as, The weekly program for and about the gay male community. Bill will be missed by many. 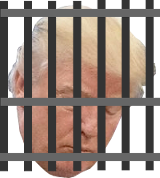 Donnie Bonespur Trump dropped his lawsuit against New York Attorney General Letitia James yesterday right after U.S. District Judge Donald M. Middlebrooks fined Trump and his lawyer just short of $1,000,000 for filing baseless revenge lawsuits against his perceived enemies. The judge wrote in his opinion that, Here, we are confronted with a lawsuit that should never have been filed, which was completely frivolous, both factually and legally, and which was brought in bad faith for an improper purpose, judge Middlebrooks continued, This litigation has all the telltale signs of being both vexatious and frivolous. And he said that Trump, Misrepresented and cherry-picked portions of public reports and filings to support a false factual narrative. It happened too often to be accidental. Its purpose was political, not legal.

Sunsets Are Getting Later

As of Friday morning January 20th, at 10:52 AM we entered the mid-Winter sub-season, astronomically speaking. The minute of mid-Winter will occur on February 3, 2023, at 06:48 in the morning.

Sunsets are getting later now, and that's good for me. On Saturday when you hear this program sunset will be at 4:59 PM in Brooklyn. The next day, Sunday, the Sun will set at 5:01 PM in Brooklyn. Still too early for me, but better than the even earlier sunsets in early December. I have a chart of the seasons and sub-seasons on this Web site.

The contents of this Web page are copyright © 2023, R. Paul Martin.