We plan to get to the below topics and more. We'll talk a little bit about the things going on about WBAI's future on this program. Check back for updates.

The next regular WBAI LSB meeting is up in the air right now. The location for the regular November LSB meeting fell through.

This LSB meeting started 48 minutes late. The faction got there and had a majority at the start of the meeting. The Vice-Chair had resigned as Vice-Chair because she just didn't want to be harassed and treated badly by the faction operatives. As a result, I had to chair the meeting because I was the only LSB officer who was at the meeting who was also a voting member of the LSB.

So I chaired. The faction moved the agenda around to their liking, since they had a majority, and then they extended the meeting by a full hour, making the adjournment time 10:30 PM.

After some time more non-faction members came to the meeting and there was an 8 to 8 standoff. The faction then wasted a lot of time on one motion that was pretty much a duplicate of a motion passed about seven or eight years ago. And then they brought their big motion of the night. This one tried to force the interim Program Director to roll back all of the changes he's made so far and have him only make changes after big meetings with all the Staff and consultations and, basically, a lot of what gets called “process” but which is really just nonsense. Yes, the interim Program Director was brash and not very nice to some Staff about removing the programs they did from the air, but WBAI is in what is probably the biggest emergency of its existence, and if programming changes aren't made very soon there won't be a radio station here to have programs on. I didn't get to debate this motion because I had to chair the meeting. Faction operatives were obnoxious and disruptive, maybe in an effort to make some of the non-faction members leave. But that didn't work. In the end their motion failed by a tie vote, and as Chair I got to cast the vote that killed it. I would prefer that the interim Program Director be nicer towards Staff, but the priority here is to save WBAI.

At the 10:30 mark the faction tried to extend the meting time even more. They engage in a tactic called sitzkrieg, where they sit out their opponents. Once their opponents leave they will have a majority and they can pass almost anything they please. It didn't work this time.

So we had a meeting that was mostly a waste of time.

The Pacifica National Board (PNB) is meeting this weekend. They will be deliberating on whether or not to accept a proposal for a Public Service Operating Agreement (PSOA) whereby some other entity will essentially lease WBAI from Pacifica. They may be determining the fate of WBAI this weekend.

You can listen to the meeting here: at KPFTX.ORG

I'm sure that if we have a next program we'll e talking about this meeting and what comes out of it. I think that the success of the Fall 'thon will help to prevent the PNB from approving a PSOA at this meeting. And if they did approve one it'd probably take a couple of months at least before it could be implemented. 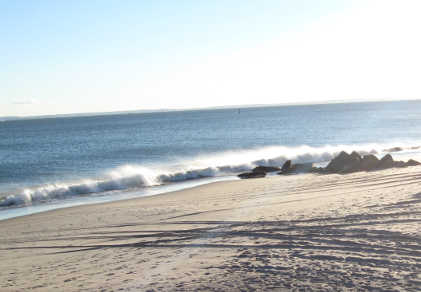 Yeah, we can't stay away from Coney Island. We went down there in the pat fortnight. The season is totally over now, of course. Everything is shut down, but in some ways it's better that way. There are fewer crowds to contend with and the obnoxious, blaring so-called music isn't polluting the environment from the bade of the Parachute Jump. On the downside you may need to walk for a while before you can find a place to pee in the off season.

Here you can see how windy it was on the day we were there. The temperature was in the 40s and we had quite the wind chill by the beach.