It's Friday night, October 24, 2014, 23:39, and I've updated this Web page with a bit about our birthday party for WBAI's Maxwell J. Schmid. Previously I'd updated it with a link to the archive of this radio program. The archives I've been sending people to for years may be dead, but there is an archive. See below. More updates to come. The original top of this page follows the arrow. ⇒ Oh boy! Not only do we get to pitch tonight but we also get to play shuttle bus roulette in order to get to the CCNY studios! Justice for Uncle Sidney! We will cram as much actual radio program as we can into this program tonight, but we must pitch. WBAI is still in serious financial shape. We hope you'll all help us to raise some money for the station. I will update this Web page as soon as I can.

We had an LSB meeting this past Wednesday night. We got to the budget and actually passed it! We had some pretty poor rulings from the Chair. And then we had an executive session where the LSB, “... discussed a confidential personnel matter.”

I actually got to give a Treasurer's Report at this meeting! The Chair had mixed it up with the General Manager's Report, and I did an eight minute version of a report. Better than nothing, I suppose. As usual I put out a written Treasurer's Report for all to read.

WBAI is archiving the programs! Unfortunately, the regular archives appear to be down right now. They appear to have been down for more than a week! There is another archive, but I don't know how to get an archive blurb up there. Try this page and see if you can find the archive of this radio program. Or, if you don't want to root about through a great many listings on a rather unorganized Web page, just click this link to get the official archive, sans blurb.

Our friend, fellow WBAI producer and Saddle Pal Uncle Sidney Smith has been banned from WBAI by General Manager Berthold Reimers. The General Manager will not say why. He won't even tell Sidney why he's banned! This is grossly unfair to Sidney. Why did Berthold ban Sidney?

This is another pitching program. We raised next to nothing the last time we pitched. There is now an interim Program Director at WBAI looking to see what programs give evidence of having listeners. I hope we raise some money for the station this time.

So for this WBAI Fall 'thon, if you can, please call 1-212-209-2950 during the radio program and pledge some amount of money to help keep Back of the Book on WBAI and help keep WBAI on the air. 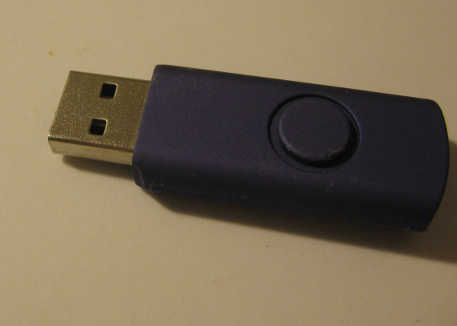 These Could Be A Problem Soon

The author of that presentation at the Black Hat security conference, Karsten Nohl, kept the important details about the code required to exploit this vulnerability quiet. Well, this past fortnight, at a hacker conference in Louisville, Kentucky two of his co-authors, Adam Caudill and Brandon Wilson demonstrated their ability to affect USB firmware in the same way. But they have published the code for anyone to use! I am not linking to that site, but the story about it is here. This is really bad stuff. Now we are not going to be able to trust anything with a USB data port on it. And nearly everything has a USB data port on it.

It is possible that someone or some group had hit upon this vulnerability before the researchers named above did. One guy has told the story that sounds an awful lot like what this USB firmware malware attack must be like. The problems he experienced began four years ago. His story could be the story for all of us in the future. Computing functionality and networks could really be demolished by something like this. 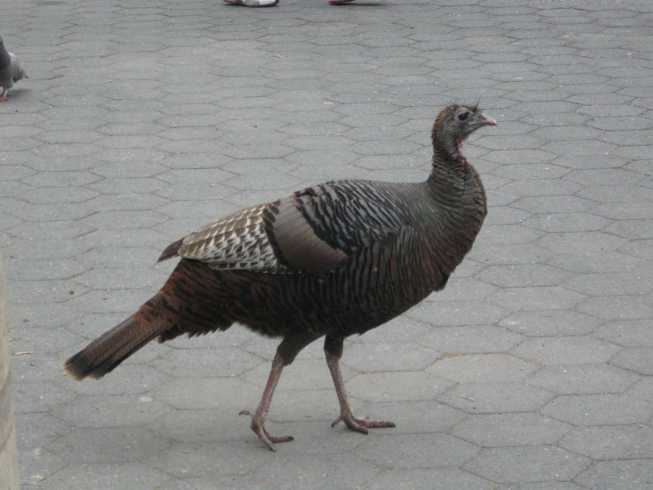 Zelda, Gone But Not Forgotten

Zelda, the Battery Park wild turkey was hit by a car and killed near Pier 11 last week.

We'd gone on about Zelda on the air more than once. We used to report whether or not we'd seen her on our usual walks through Battery Park after the program, back when WBAI was located at 120 Wall St. Ironically, Pier 11 is right across South Street from WBAI's old headquarters.

Zelda had been parading around at Battery Park for about 11 years.

Yeah, there's a hell of a lot going on in the world, but it is sad to see a creature that had become sort of an institution die. Well, she lived wild and she died wild.

Too bad we will not see Zelda again. 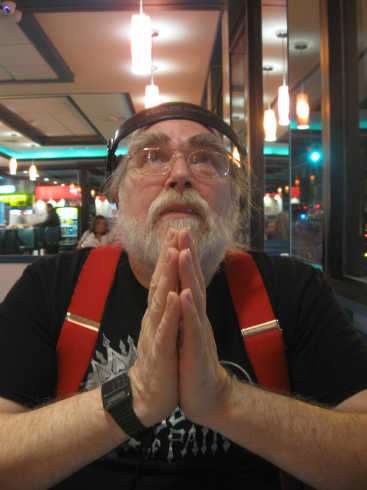 So we celebrated the birthday of our own Maxwell J. Schmid a week ago. Yeah, he's an old fart now, all right.

We had a little get together with our fellow Saddle Pal, and Pickles of the North's fellow Saddle Gal Ratgirl of the West, at a diner and we all celebrated and ate too much.

Yeah, a good time was had by all. R. Paul even had a cookie after this shindig.

So merry birthday to Maxwell!