It's Saturday morning, December 27, 2014, 02:42, and I've updated this Web page with a photograph and a little bit about Pickles of the North's annual Winter Solstice party, previously I'd updated it with the link that will take you right to this program's official WBAI archive. I have also updated the LSB meeting information below. Unfortunately we did not get to the mail on this program. The original top of this page follows the arrow. ⇒ Well, I have lost my notebook, that's going to affect this program, and maybe more. Check back for updates. 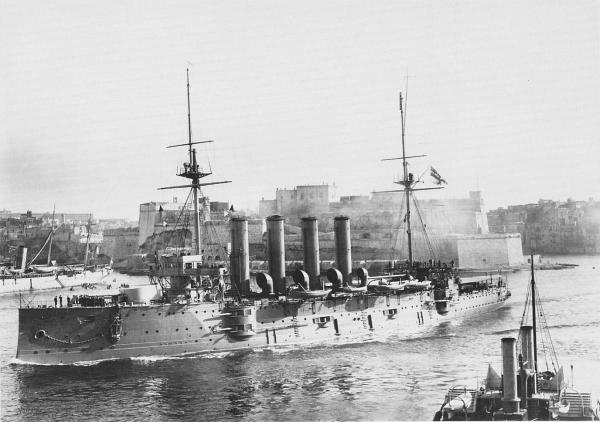 We plan to talk about the above ship, and its companions and what happened to them and how we all have to think that we can be mistaken at times. 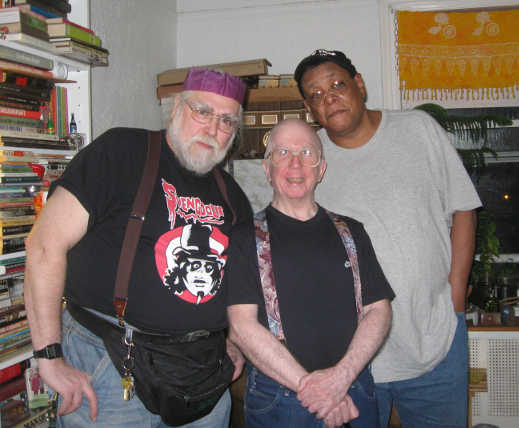 The Saddle Pals, Together Again

Pickles of the North threw her annual Winter Solstice party on December 13. Various people from our lives were there, some were WBAI producers and some were WBAI listeners, all were friends.

In the photograph you can see, left to right, Maxwell J. Schmid, R. Paul and Uncle Sidney. Max is still wearing his paper crown from the crackers that we'd popped earlier in the party. Pickles really feels that the crackers, paper tubes that make a popping sound like a small firework when you pull them apart, are a necessity for these Solstice and New Year's celebrations.

Yeah, a good time was had by all, and some of us ate some stuff that we're not supposed to eat, but it's a rare treat to do so.

The Saddle Pals used to see each other all the time at WBAI, and we even went on the air together a few times. That can't happen anymore with the station in two different places now, neither one very conducive to doing radio. We also can't get together at the station because General Manager Berthold Reimers has banned Uncle Sidney from WBAI for life, for some reason that Reimers is keeping secret from Sidney. Between abuse of Staff by Management, and the station's still declining finances, one wonders — will WBAI still be around for the next Winter Solstice?

Part of the Surface of Comet 67P Churyumov-Gerasimenko