If we don't turn into icicles before we get to the CCNY studios this morning we plan to get to a whole bunch of topics. I'm told it's 18° F. out right now with a below zero wind chill. Not great weather for hiking up that hill to the CCNY studios. Well, I plan to update this page at some point. Check back for that, why don't you?

We want to continue catching up to the mail backlog on this program. We've been doing that of late, and we can make a big dent in it all again. 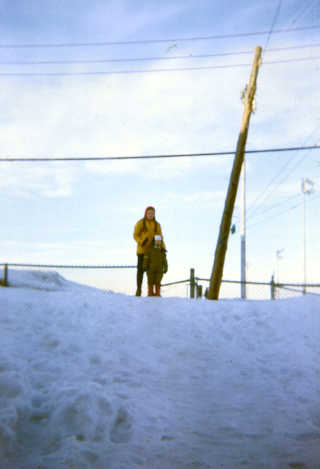 Pickles of the North and her Brother in 1971.

Pickles of the North is not impressed with the snow storms we've been getting of late. The reason is that she's so used to much bigger snow storms. She can be seen with her little brother in this 1971, photograph on top of a mound of snow. The top of the fence that they're standing next to is at least seven feet night, maybe higher. She'll be doing a review of the recent snow storms, and their publicity, on this program. 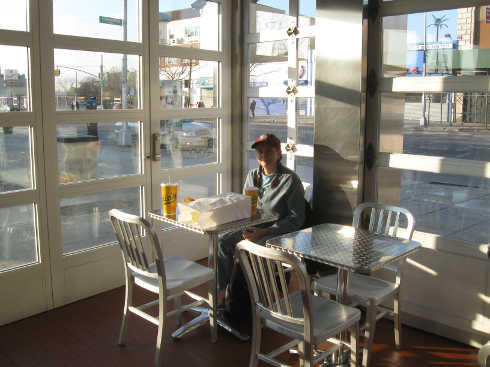 Pickles of the North in the Corner at Nathan's

Maybe on this program we'll get to talking about our trip to a cold Coney Island during this past fortnight. Here's Pickles of the North in the corner seat at Nathan's.