We plan to talk about the Hubble Space Telescope on this program, and we plan to get to a good sized mail segment. There may be other things that we'll get to as well. Be nice if that happened. Check back for updates.

The new Pacifica Executive Director starts work on Monday, May 11, 2015. He's already getting pounded with disputes. Oh, this may be interesting. 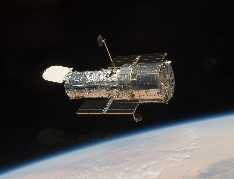 The Hubble Space Telescope was Orbited 25 Years Ago Yesterday

We plan to talk about the Hubble Space Telescope tonight. It was launched into orbit 25 years ago yesterday. Most of the coverage of its 25th anniversary centers around images that the Hubble has captured. Well, we can't show you images on the radio, so we'll talk mostly about the telescope itself and what it's accomplished over the two and a half decades it's been working up there.

We are very determined that we will read some of the mail backlog on this program. So we'll see what people have written to us — not that recently. 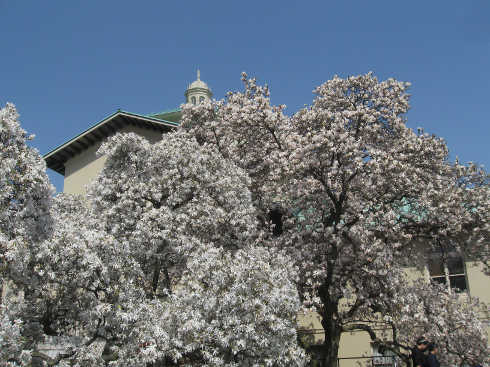 The Brooklyn botanic Garden in Spring

Pickles of the North and I went to the Brooklyn botanic Garden this past fortnight. Spectacular sights. This is a great place to go in the Spring. We went on a Tuesday when they allow the riff-raff in.