Yes, it's a pitching program! We have to pitch in order to keep the station going. We'll try to make the pitching as low on the pain scale as possible. I will update this page. We can't predict just what we'll get to on this radio program though.

The new Pacifica Executive Director starts work on this Monday, May 11, 2015. He's getting an eyeful of Pacifica already. The PNB purged one director and they plugged in a pal as KPFK General Manager days before the new Executive Director shows up for work. Oh yes, the CFO has resigned. All of that is what I call a regular “Welcome to Pacifica” for the new guy.

Some ISIS/ISIL affiliated creeps attacked a venue in Texas last weekend. They showed up with assault rifles and body armor. Luckily a lone traffic cop intercepted them and blew both of them away. Good for him! Good for everyone!

The event was a “Draw Mohammed” cartoon contest. The woman running it is herself a right wing creep. One must seriously consider how to view these events. For me, I am for her free speech rights, even though I do not like what she says. I am 100% against the ISIS/ISIL/Taliban/Al Quada religious fanatics. Hell, I'm against all religious fanatics.

Huzzah! We are in the Middle Third. It's my favorite time of the year.

The WBAI Spring 2015, 'thon has begun. Management will be looking to see what programs give evidence of having listeners. I hope we raise some money for the station this time. 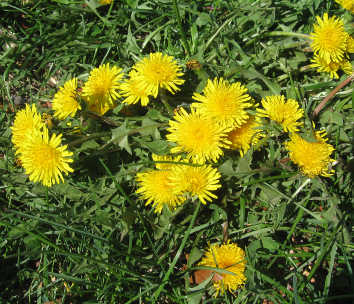