This is the 29th anniversary of Back of the Book! We will go through the usual rituals and we'll reminisce. We also plan to get to the topic below, and maybe more. We are somewhat amazed that we've gotten to this anniversary. Could we possible have another in the future? Check back for updates.

This is the 29th anniversary program of Back of the Book! We will be reading “Before the Law” by Franz Kafka, as is our tradition, and we'll talk about the program over the years. Jeez, we are somewhat amazed that we've gotten done 29 years of programs. I estimate that comes to around 730 individual programs, estimating that we average two programs per year that get preempted one way or another. Will we stay around to make a round number of the years? 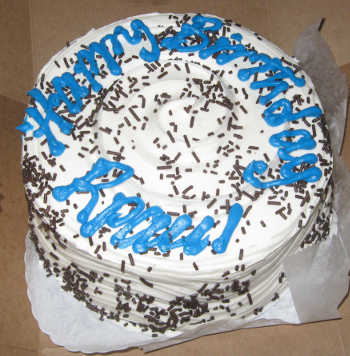 Something I'm Not Supposed to Eat

Yeah, that's my birthday cake. It actually does say, “Happy Birthday Rpaul.” I guess we'll settle for the name not being 100% right.

I am really not supposed to eat such things. But my diabetes is still under very good control and I didn't gulp it all down at once. And I came through it without any real problems. Oh it is good to be able to have cake now and again. Right after this I went back on my strict diet and lost the weight I'd gained from that cake pretty rapidly. 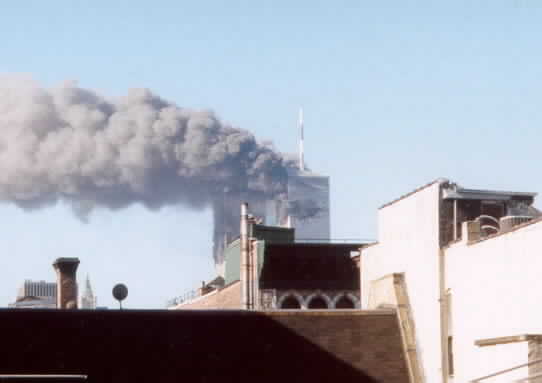 Of course we'll talk a bit about the 14th anniversary of the 9/11 attacks on the Twin Towers and the Pentagon, and about the plane that was bravely brought down by the passengers over Pennsylvania. No, we will not spout any 9/11 conspiracy nonsense, we don't do that sort of crap on this program. 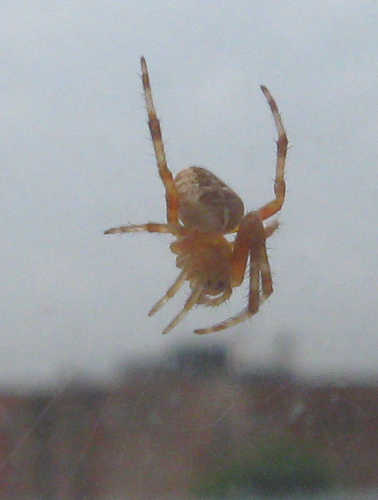 We've had this spider nesting on the outside of our window for weeks now. It has a web there, you can see some of the web silk radiating down from the spider's central position.

This spider has been there through heat waves, direct Summer sunlight and thunder storms for all this time. We'd thought that it had been swept away after the big storm the other day, but then it just showed up again. It had apparently been sheltering in another part of the window.

The spider has caught one or two small insects in its web. Well, that's nature red in tooth and claw. It is interesting to be able to watch something like this tiny, living thing making its living in wild circumstances right on the other side of our bedroom window.

We hope to get around to talking about a new study that says that lower blood pressure is better. I'm glad that they've finally figured this out.

On a previous program Pickles of the North told us about her first ancestors who came to the North American continent 350 years ago. But she's found a somewhat earlier ancestor here. She'll update this geneology search. 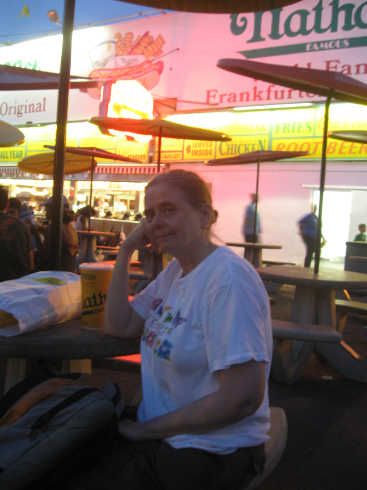 Pickles of the North at Nathan's

Pickles of the North and I went to Coney Island again this past fortnight. Here's a shot of Pickles sitting in the patio area of Nathan's. We usually eat there early in the day, but this time we were there early in the evening. Oh, hot dogs!