Yeah, it's a pitching show. We'll start off our stint on the WBAI Fall 'thon with this program. Pitching shows are just unpredictable. We have a whole bunch of things that we intend to get to tonight. But we don't know if our plans will survive the first pitch. If you can, please call in a pledge. I hope to update this Web page at some oint. 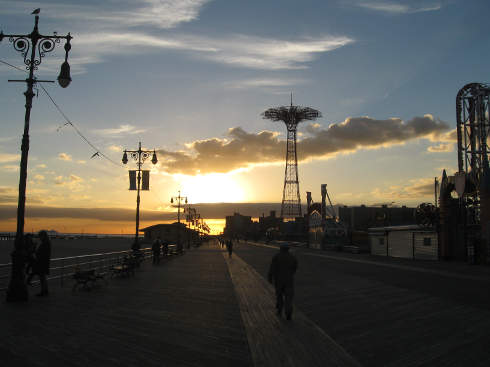 Sunset on the Boardwalk

Pickles of the North and I went to Coney island and we got there late enough that we ended up taking photographs of things around the time of sunset. Here's the Boardwalk and the Parachute Jump in early evening light.