Oh, we're pitching. We really hope to get to the below topics and more on this program. There is never any telling what will happen on a pitching program though. We hope that you will support this program and WBAI with your pledge while we're on the air. I hope to update this Web page some day. 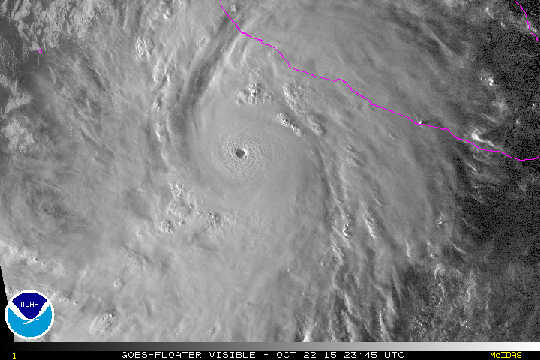 About 10 hours before we went on the air Hurricane Patricia, yet another superstorm, and the strongest hurricane to ever be recorded in the western hemisphere, slammed into the Pacifica coast of Mexico. This thing was rated Category 5, the highest category of hurricane, but it was far stronger than that category would make it seem.

With winds peaking at 200 MPH this thing can do enormous damage, it is much stronger than superstorm Sandy was three years ago.

So two superstorms in three years. Luckily they're not both making the same landfall. And still there are people denying what's called androgenic global warming (AGM) which is a formal name for the fact that the climate change we've been seeing for decades now is something that has been caused by human activity, primarily by our pumping of greenhouse gases into the atmosphere.

Oh yeah, utility companies in some states are going to the Federal Government next week to demand that the restrictions which would reduce their CO2 emissions by the year 2032 be rescinded or declared unconstitutional because it will cost them money to comply. Yeah, what will their grandkids do when they're getting slammed by superstorms on a yearly basis? Shortsightedness reigns these days.

The NSA may have made a breakthrough in being able to snoop on what you think is your secure communications. 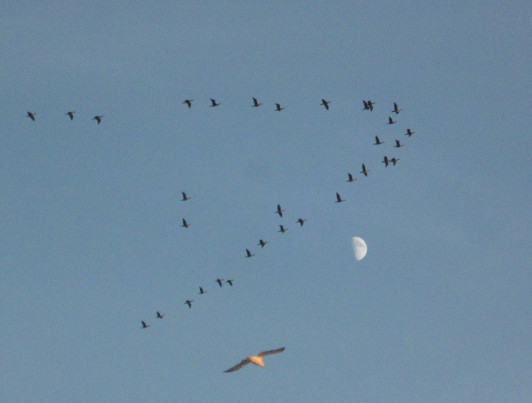 So Pickles of the North and I were at Coney Island this past fortnight and we saw a couple of flights of geese flying in rough formations. I saw where one formation was headed and was lucky enough to catch this slight going past the waxing, just barely gibbous, Moon. A low flying gull photobombs its fellow avians.