We plan to get to a variety of topics on this program, some of which are below. Check back for any updates that we might post here, maybe even very soon after the radio program. 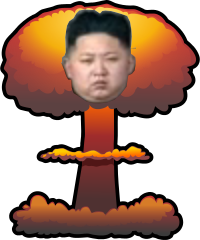 On the last program we didn't get to talking about rumors that North Korea had developed a hydrogen bomb. Well, they waited till we were off the air to touch something off. Was it an H-Bomb, or something else?

Either way, it shows that they're still very dangerous over there.

This day is the 48th anniversary of R. Paul's getting drafted. Oh, we're going to talk about that, all right.

Monday will be the 10th wedding anniversary of R. Paul and radio's Pickles of the North. We'll talk about that too. 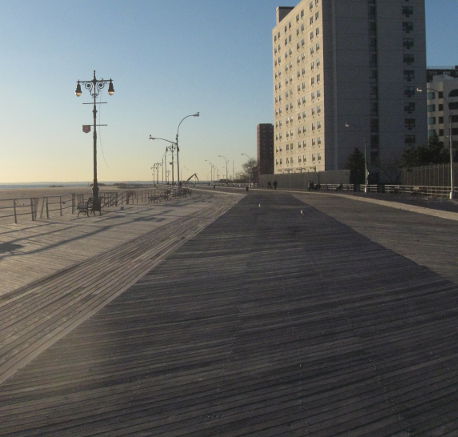 A Bright Day by the Beach

This just in: The Coney Island Board is not all that populated in early January!

Yeah, we go to Coney Island in the off season too. I doubt if we'll get to talk about our latest excursion there on this program, but I wanted to post something from that trip.